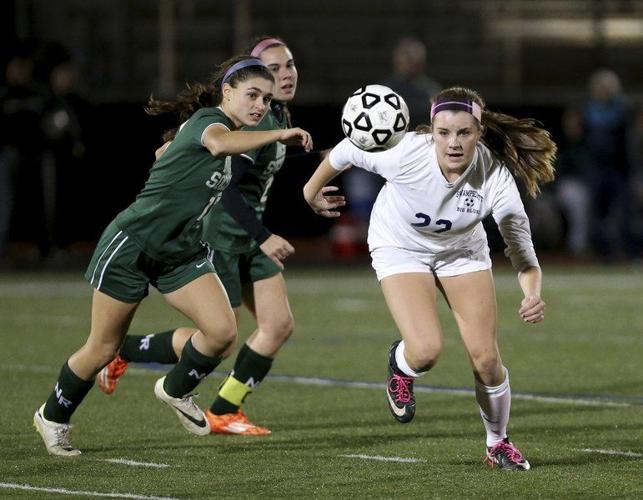 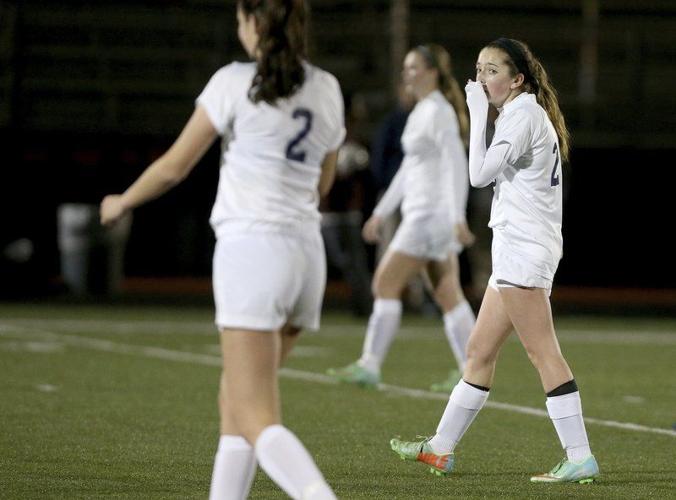 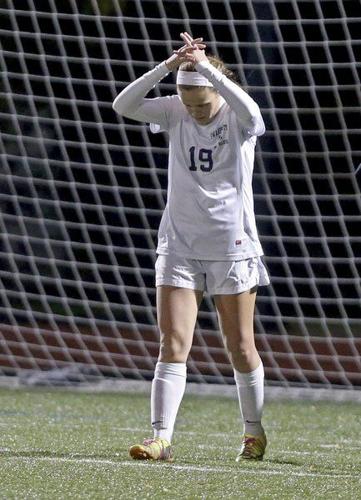 LYNN — For the first time in 11 years, the Swampscott High girls soccer team earned a berth in the Division 3 North playoff semifinals.

Although, as the No. 5 seed, they were ranked higher than their foes Monday night, the Big Blue knew they’d have all they could handle in a tough North Reading squad. That assumption proved correct as the Hornets made sure Swampscott didn’t travel any deeper in this year’s tournament by posting a 1-0 win.

Right from the start it appeared this would be a low-scoring game as the officials let the girls play, and it was very physical at times. The lone goal was scored by Hornet freshman Rachel Hill in the 56th minute of play, and it was a beauty.

Crisp passing helped North Reading move up field, and sophomore Marissa Zarella crossed it to Hill, who put on a burst of speed to get past the Big Blue defender. Hill slipped a low shot past goalie Sam Rizzo, who came out to try to break up the play.

“It was a nice game, well played, and I thought the way it was going one goal might do it,” said Swampscott head coach Ken Leeder, his team finishing 16-5-1, with the most wins of any Big Blue team since 2005. “They found a way to finish and we didn’t. We had some good opportunities in the first half but didn’t cash in.

“It’s a tough way to finish, but we had a very nice year. To see it end like this is disappointing, but it’s really all positive. The girls worked very hard.”

The game was mostly between the 30-yard lines in the first half and Swampscott had two corner chances, but Hornets’ sophomore goalie Katerina Hassapis kept them off the board. Megan Marocco of Swampscott drilled a shot on net in the seventh minute, but Hassapis grabbed it.

Rizzo was equally tough at the other end. Three minutes into the second half Anna Tayas had a shot turned aside by Rizzo, who grabbed the ball that was dangerously bouncing around in front of her net. The Big Blue started to put more pressure on midway through the second half and had several runs, but couldn’t finish.

The best chance Swampscott had to tie it up came with just over 12 minutes left when Meghan Hartmann crossed the ball in front, but nobody was there to collect it. The Hornets — now headed to their first North final in a decade — were content to dump the ball in deep and use their speed.

“We play tight defensively and have a lot of speed up front,” said Hornets (13-6-2) coach Sean Killeen. “We’re patient and wait for our opportunities to finish.

“Swampscott is a very good team, but we didn’t get too high after upsetting Newburyport. We have strong senior leaders in Kerri-Ann Donovan, Victoria Brown and Cole Godzinski. Our defense was phenomenal, especially Donovan at center back. It’s a real team effort, and we can play with anybody.”

In the last 10 minutes Swampscott pulled everybody up trying to get the tying goal, but couldn’t get much offense going. Nikki Rose had a free kick, but Donovan booted the ball out of danger. In the final three minutes Rizzo had to made two big saves to give her team a chance to send it to overtime.

North Reading, which started the season 0-2-1 but has been rolling ever since, will meet Cape Ann League rival Lynnfield for the Division 4 North crown this Saturday.