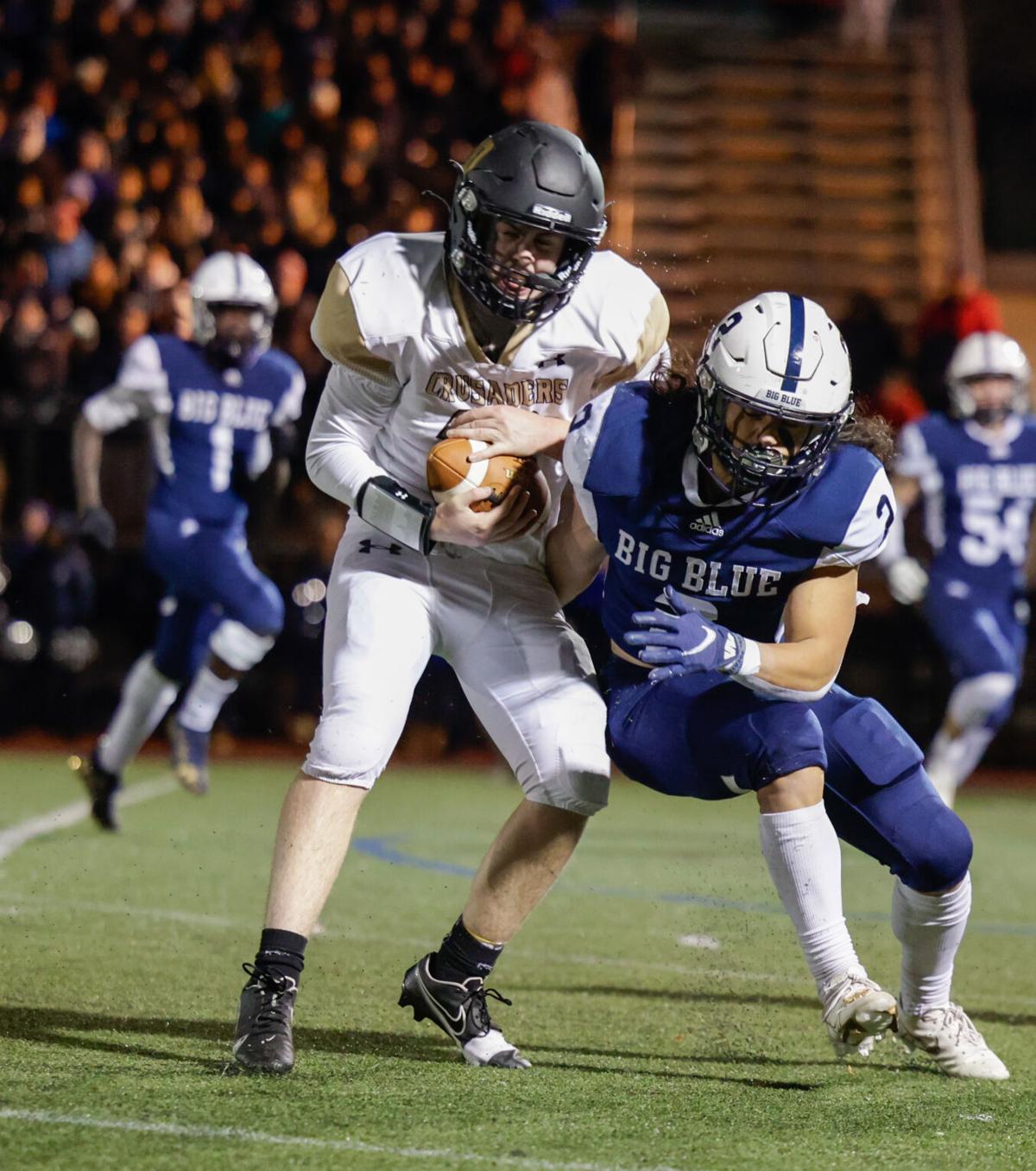 Bishop Fenwick’s Steven Woods had 26 passing touchdowns this season and is one of the most dangerous signal callers on the North Shore. 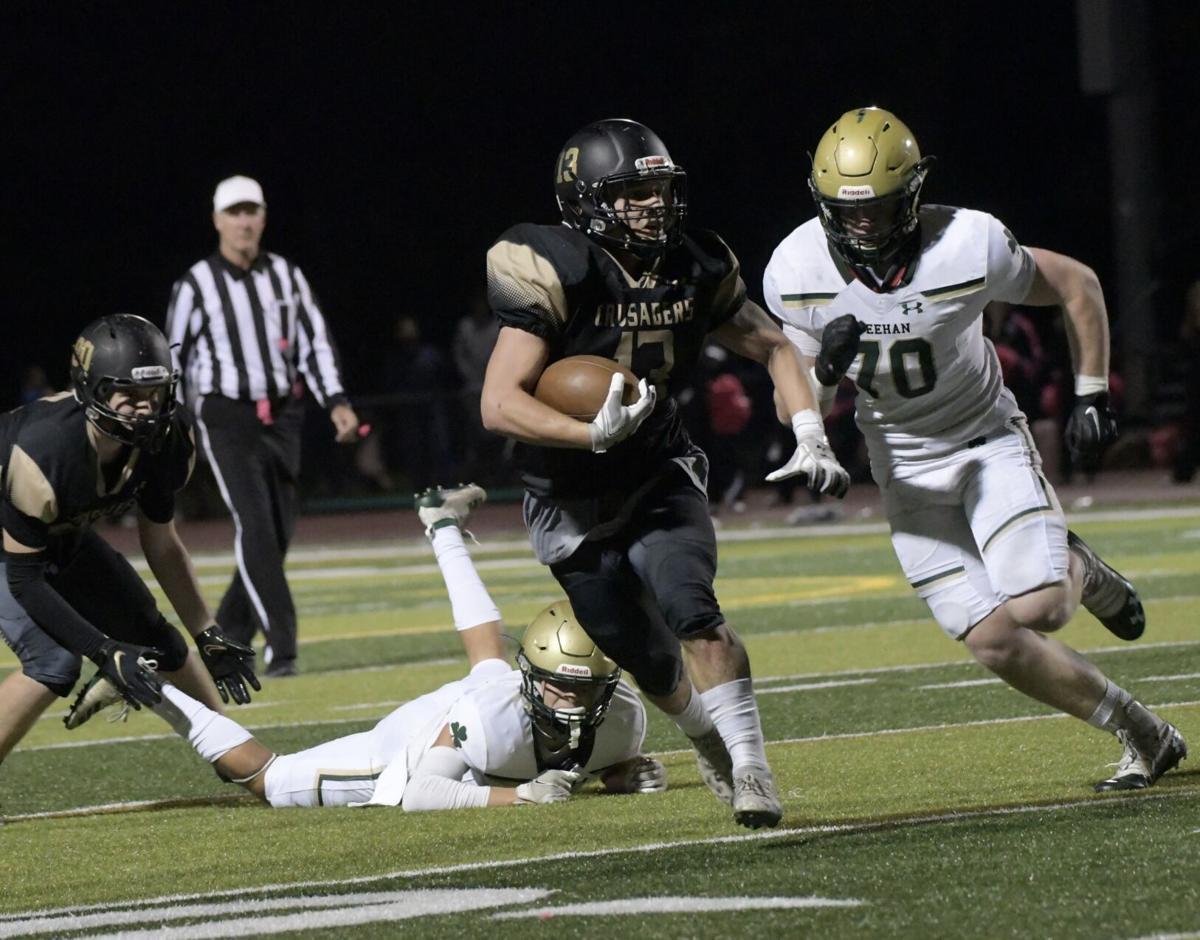 Bishop Fenwick captain Chris Faraca is a chameleon on the field who can play almost any position.

Bishop Fenwick’s Steven Woods had 26 passing touchdowns this season and is one of the most dangerous signal callers on the North Shore.

Bishop Fenwick captain Chris Faraca is a chameleon on the field who can play almost any position.

All-time series: Tied, 4-4, with Fenwick winning the only holiday meeting so far in 2019.

Bishop Fenwick’s keys to victory: The Crusaders want to be efficient on offense, using short, quick-hit passes to either break big gains or set up the defense for a deep strike. QB Steven Woods had a single-season record 26 TD passes and his receivers Jason Romans (63 grabs), Chris Faraca (47 grabs) and Costa Beechin (34) are exceptional at making tackles miss.

If Fenwick can keep the defense off balance with a solid rushing attack and take advantage of its scoring chances when it get into MC territory, it stands a good chance of earning the 11th 9-win season of coach Dave Woods’ career — a remarkable feat for the current dean of North Shore football coaches.

Malden Catholic’s keys to victory: The 3-7 record carried by the Lancers is deceiving considering their Catholic Conference opponents — this is a much different program than the one Fenwick drubbed, 46-18, in the rain on Thanksgiving Eve 2019. They had a 14-12 lead on St. John’s Prep in the third quarter of an eventual loss and boast impressive size along the offensive and defense lines that could pose a challenge for a Fenwick team that played in the Division 5 state semifinals just six days ago.

QB Will Perry is a solid signal caller for the Lancers and he has plenty of weapons to choose from — MC scored 50 points in a Mayor’s Cup win over crosstown rival Malden in Week 10.

Potential Unsung Heroes: Sophomore Luke Connolly has been a short yardage weapon for the Crusaders. The Salem native is a hard hitting in the mold of his older brother Luke who could make a big impact in his first Thanksgiving action. Freshman Mike Zaimi, who’s already made an impact with three receiving TD’s, is another under-the-radar breakout candidate.