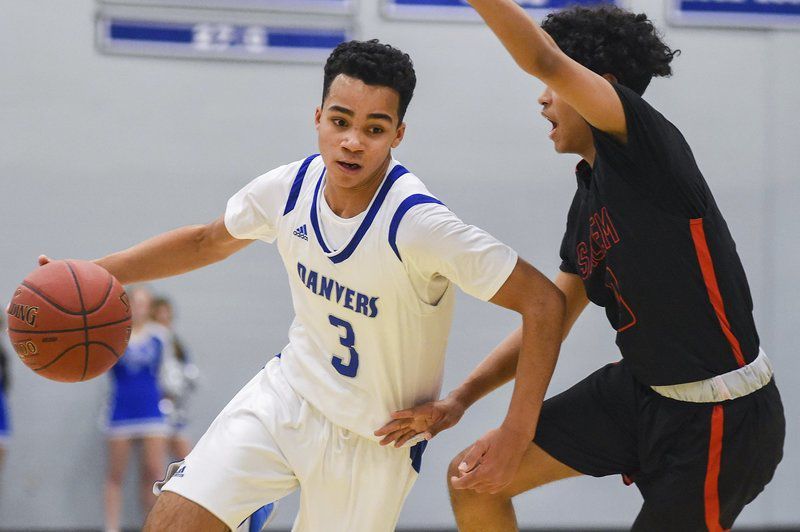 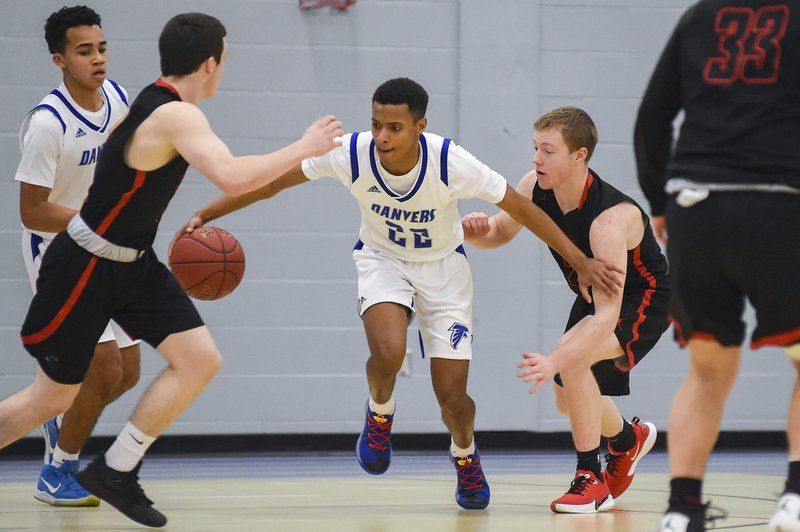 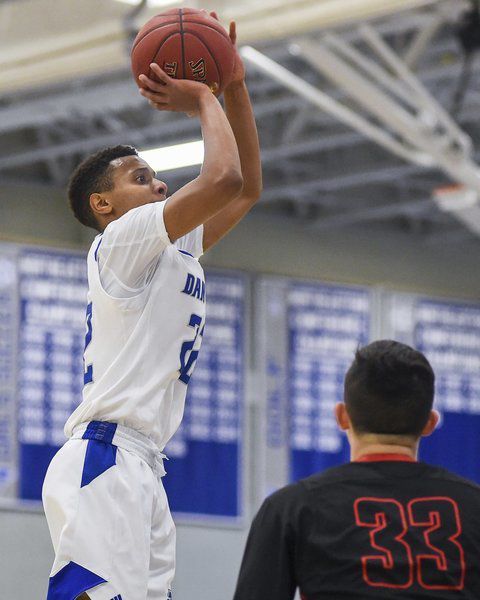 JAIME CAMPOS/Staff photo Chris Perez of Danvers pulls up for a jumper Friday against Salem. 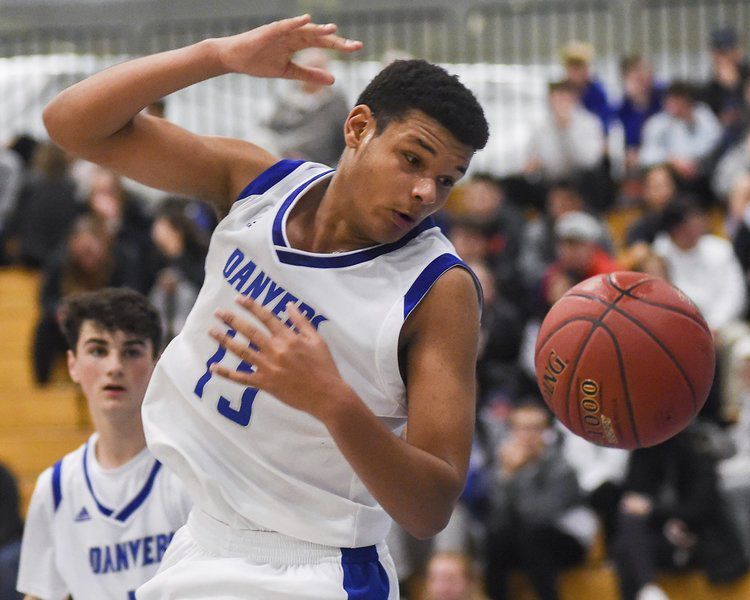 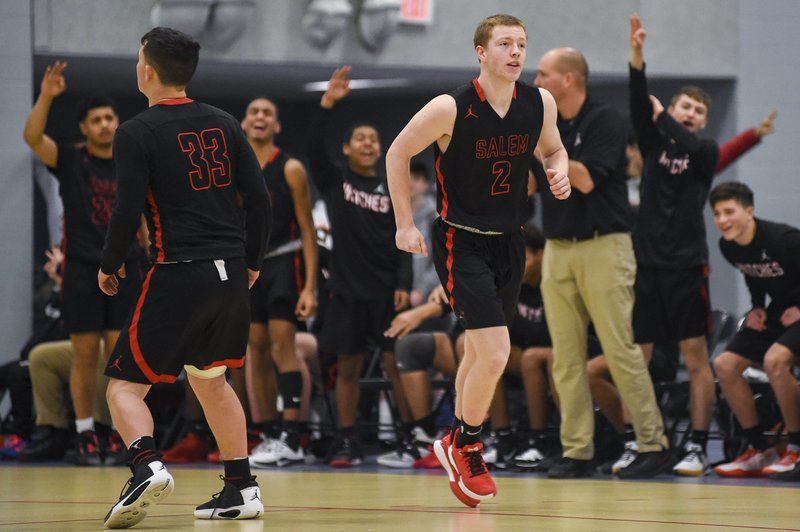 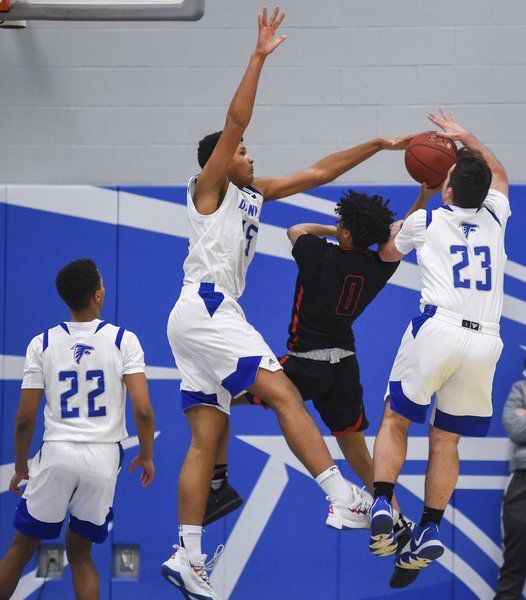 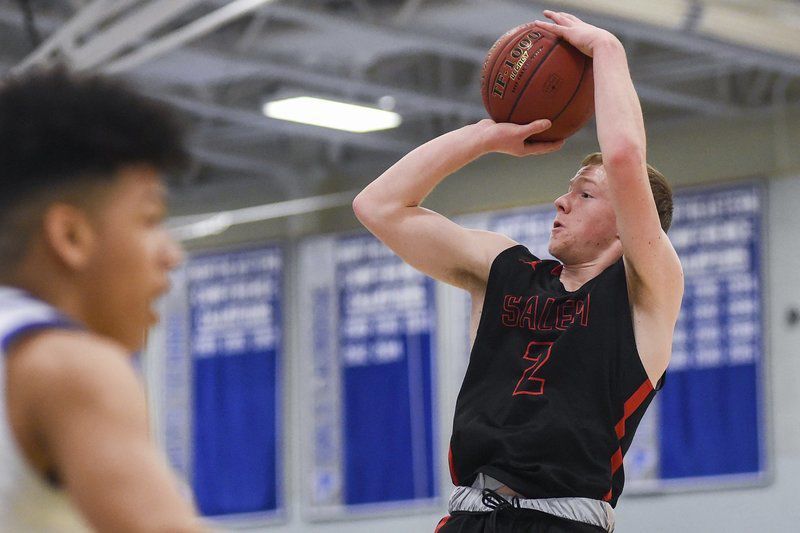 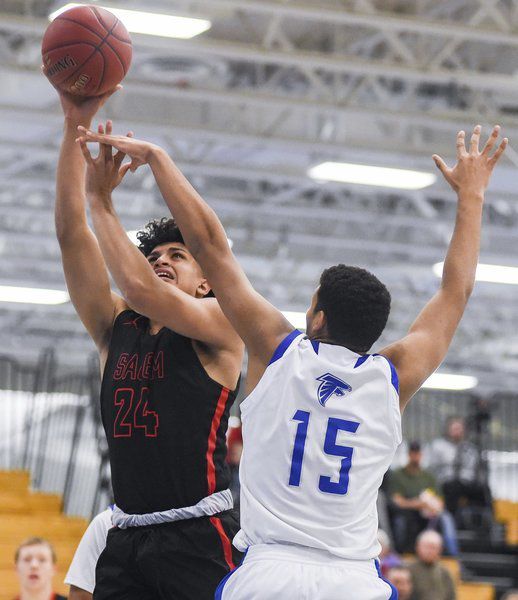 JAIME CAMPOS/Staff photo Salem's Jorge Guerrero (24) goes up for a layup while drawing contact from Max Beuvelet of Danvers. 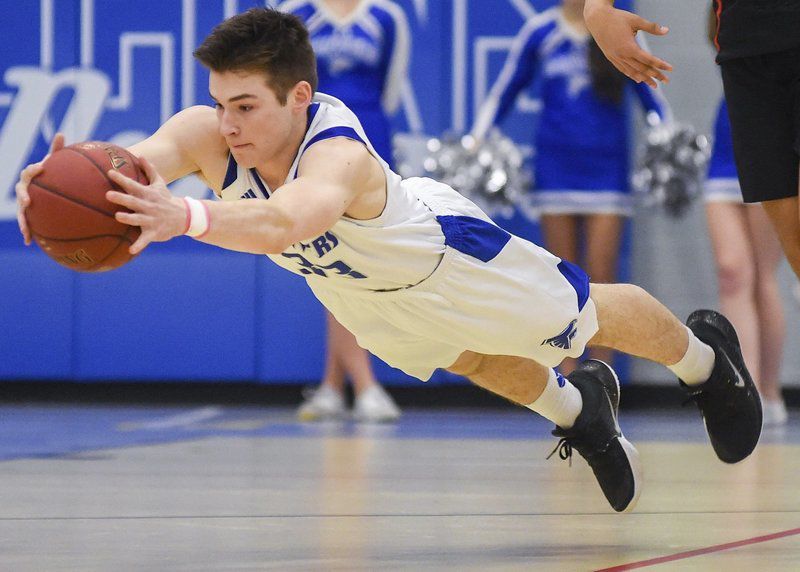 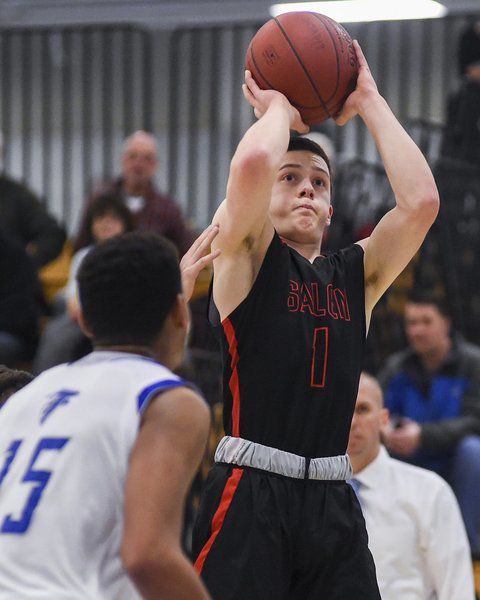 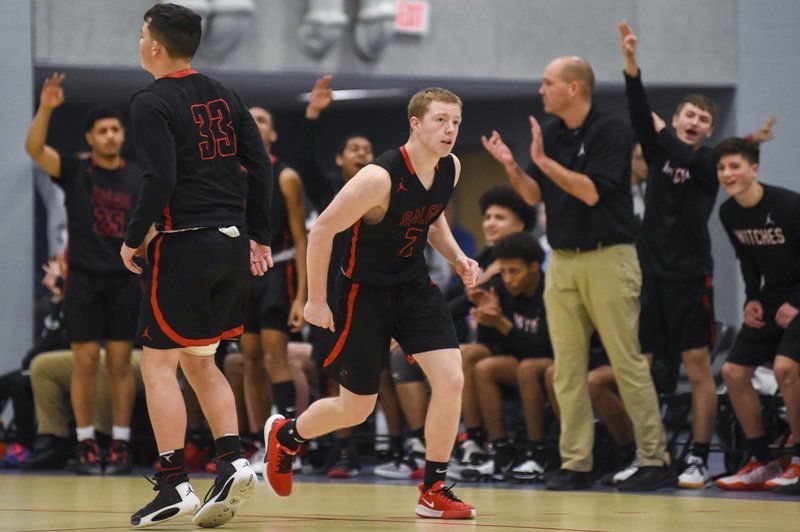 JAIME CAMPOS/Staff photo Bobby Jellison (2) heads back on defense after nailing a three-pointer as the Salem bench erupts during a basketball game between Danvers and Salem in Danvers. 1/17/2020 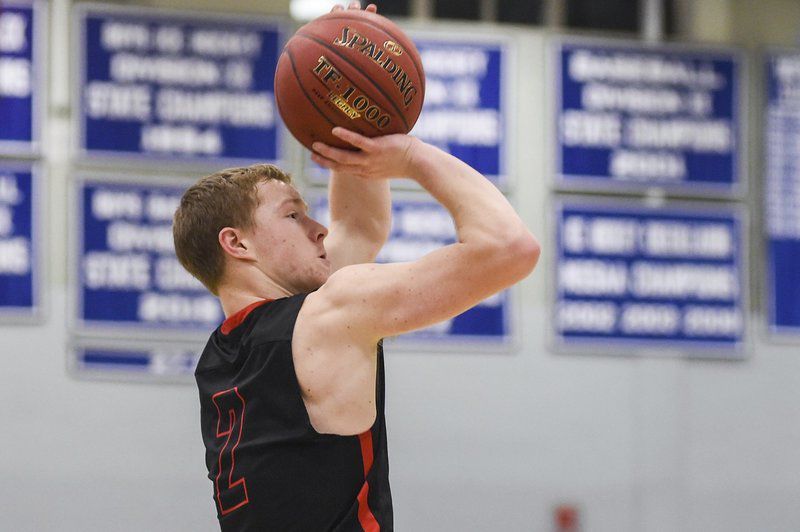 JAIME CAMPOS/Staff photo Bobby Jellison of Salem heated up from the floor in his team's win over Danvers.

JAIME CAMPOS/Staff photo Chris Perez of Danvers pulls up for a jumper Friday against Salem.

JAIME CAMPOS/Staff photo Salem's Jorge Guerrero (24) goes up for a layup while drawing contact from Max Beuvelet of Danvers.

JAIME CAMPOS/Staff photo Bobby Jellison (2) heads back on defense after nailing a three-pointer as the Salem bench erupts during a basketball game between Danvers and Salem in Danvers. 1/17/2020

JAIME CAMPOS/Staff photo Bobby Jellison of Salem heated up from the floor in his team's win over Danvers.

DANVERS — For the first half of Friday's boys hoop tilt between Danvers and Salem, neither squad could find any sort of rhythm offensively.

Part of that was due to strong defensive efforts all-around, but much of it was attributed to a simple lack of execution.

Then in the third quarter, the Witches flipped a switch.

Led by some strong dribble drive penetration and smooth shooting outside, Salem outscored the hosts by a whopping 16 points in the third alone to turn a one-point halftime advantage into an eventual 50-39 win. A pair of backdoor layups for Tommy Beauregard started the second half spree before Bobby Jellison, Ethan Doyle and Guillermo Pimentel combined for five triples to open the floodgates.

"I thought our defense in the first half was good," said Witches head coach Tom Doyle, whose team had a 16-15 lead at the break, "but I thought offensively we were settling for deep shots and they weren't falling. So we needed to make some adjustments, we started to move the ball a little better and tried to get the ball into the interior a little more and I thought we were able to do that well in the third.

"We don't want to settle for one pass shots with a three in the face; tough shots go in a lower percentage of the time obviously. So we talked about it at halftime and thankfully the boys listened."

Salem (6-4) wasted no time getting things going in in the decisive third, with the consecutive backdoor cuts from Beauregard sparking the flame. Jellison (team-high 18 points, 5 rebounds, 8 assists and 3 steals) slipped him both passes and was a catalyst offensively for the entirety of the contest.

"Hitting Tommy on those two backdoors for sure were big key parts of the game. Bobby's just a really well rounded, talented kid that's doing a lot for us right now," said Doyle.

Jellison proceeded to two of his four triples in the frame, Doyle (6 points, 4 assists, 3 steals) added another two, while Pimentel (11 points, 5 rebounds, 3 assists, a steal) had one as well. The three-guard trio did a great job on the glass as well, combining for 15 rebounds, but it was their efficiency from deep that really allowed the Witches to separate themselves on the scoreboard.

"Just mental lapses for us," said Danvers' head coach Chris Timson, his team now 3-9. "I thought we played well in the first half, we contested all their shots. And then in the third quarter we just came out and forgot our assignments. It was like a new team came out in the second half."

Neither team was able to find bottom for the first 2:50 of the game, with Danvers' Max Beuvelet finally lighting up the scoreboard with a layup inside. The Falcons held a 9-5 lead after one and were right in it at the break thanks to a strong start for Jared Berry. The young guard led all scorers in the opening half with nine points and finished with a team high 20 to go with four rebounds and a steal.

"I thought Jared did a really good job handling their pressure," said Timson. "With Andrew (Metivier) out (with a concussion), he has to bring the ball up every single time. It's a lot of pressure and I think he's handling that really well and improving every game. He's definitely a bright spot and has been great the last couple weeks."

As for Beuvelet, Timson liked what he saw from the big man's effort as he posted an eight-point, nine-rebound, two-steal and two-block night despite being regularly doubled in the post.

"Max plays his butt off every single night, rebounding and doing a lot of the dirt work that doesn't always show up in the scoresheet," said Timson. "He does a lot of that stuff that allows Jared to penetrate and they've been working together pretty good lately; it's a good combination with them off the screen and rolls."

For Salem, both Fred Juden (4 points, 3 rebounds) and Wayne Holloway (5 points) turned in some terrific minutes off the bench in the absence of starter Jorge Guerrero, who left the game in the first half after taking an elbow to the jaw.

"Both of them stepped up and played excellent and executed the game plan both defensively and offensively," said Doyle. "Wayne's a super athlete, plays football, and he was able to come in after not playing most of the game and came in and gave us some great minutes down the stretch."