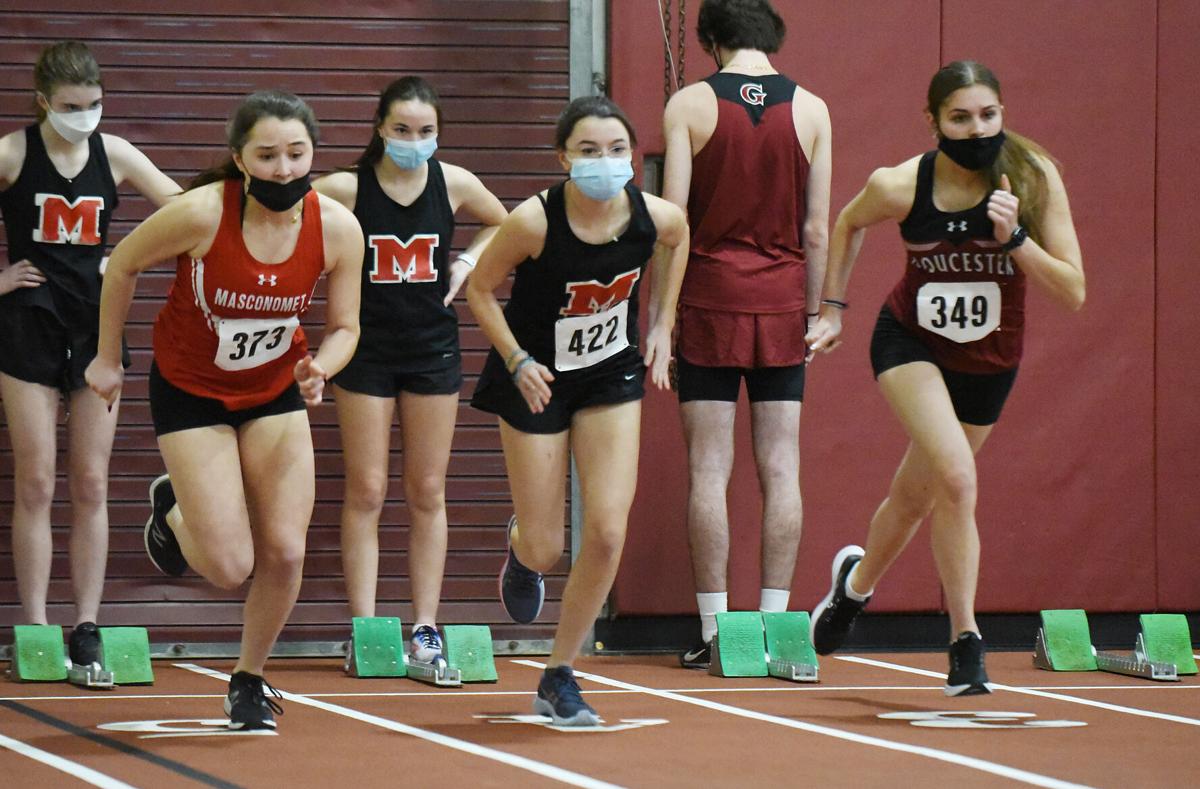 From left, Jolie Dalton of Masconomet, Elise Burchfield of Marblehead and Cameron MacDonald of Gloucester blast off the blocks in the 55m dash during Thursday’s meet. 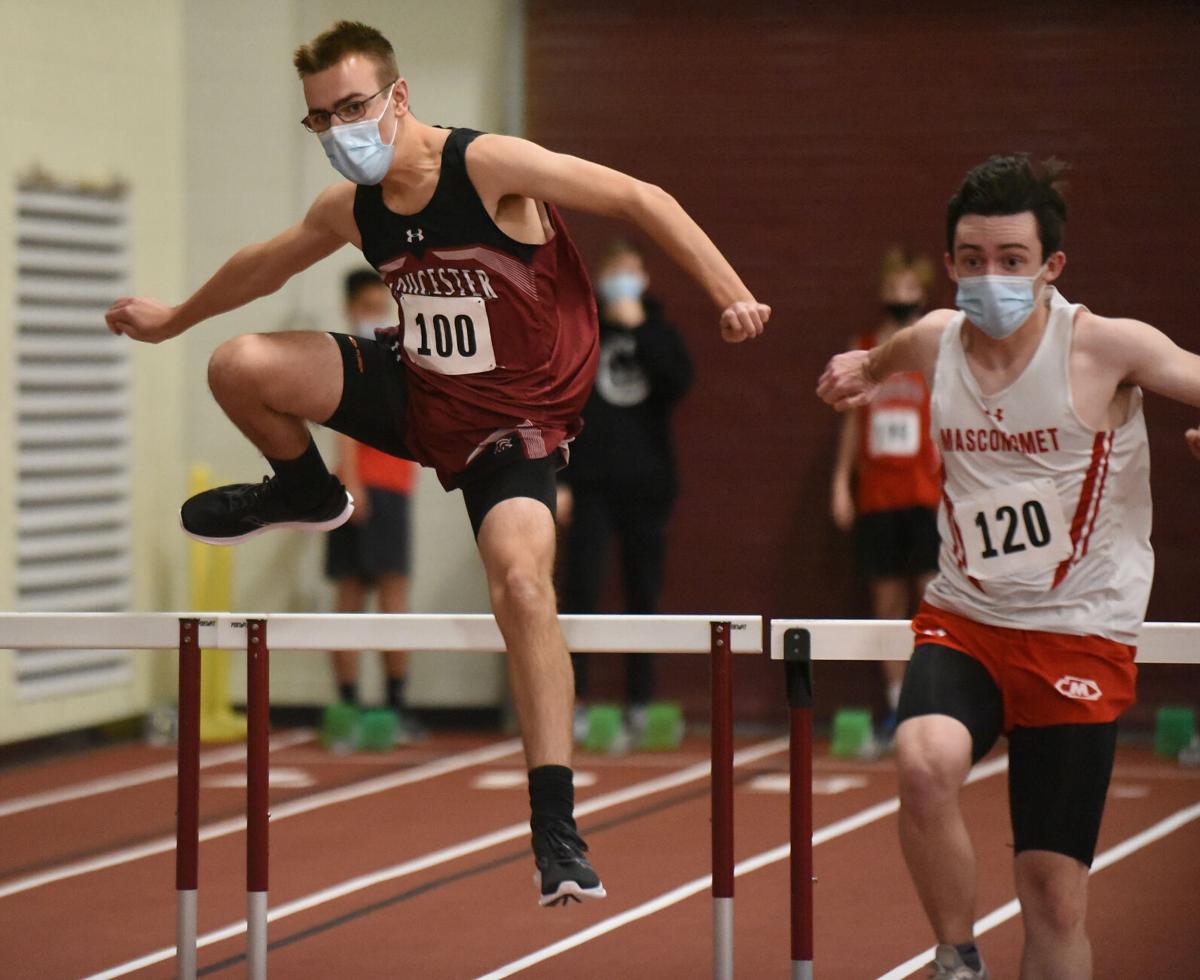 Gloucester’s Erik Drost, left, is a step behind Masconomet’s Conor Brown on the first hurdle in the 55m hurdles during Thursday’s meet. More on local sports, Page A10

From left, Jolie Dalton of Masconomet, Elise Burchfield of Marblehead and Cameron MacDonald of Gloucester blast off the blocks in the 55m dash during Thursday’s meet.

Gloucester’s Erik Drost, left, is a step behind Masconomet’s Conor Brown on the first hurdle in the 55m hurdles during Thursday’s meet. More on local sports, Page A10

Beverly 42, Gloucester 33: The Panthers picked up a dual meet win on Wednesday behind standout performances from Brendan McCarron at 170 pounds (win by fall) and Gino Sicari at 182 (also a win by fall).

Marblehead sweeps: The Magicians topped Gloucester, 58-28, and Masconomet, 48-38, on Thursday behind a number of impressive performances. Schuyler Schmitt and Sebastian Pantzer led the way with wins in the high jump (5-8) and the 300 (40.9), respectively.

Ipswich 71, Rockport 60: Charlie Henderson was a force on both sides of the ball for Ipswich, notching a double-double with 11 points and 10 rebounds while continuously contributing defensively. Ray Cuevas once again led the Tigers in scoring with 25 points to go with seven assists, while Toby Adams and Max Chesky each chipped in with 15 points.

Essex Tech 46, Greater Lawrence 42: Jack McBournie led the Hawks with 17 points including five threes while Andrew Paulino chipped in six rebounds and six assists in the win. David Canedo had 10 points and five boards while the Essex Tech defense held Greater Lawrence to just 16 points in the second half.

Swampscott 54, Danvers 47: The Big Blue came out on top in a tightly contested meet Thursday evening. For Danvers, first places came from Spencer Keyes in the 100 backstroke and Keyes, Major Adair, Griffin Butler and Kylie McGraw in the 400 free relay. Adding second place finishes was Adair in the 200 free and 100 fly, Alex Cotter in the 50 free and 100 backstroke, Harry Patterson in the 100 free and Arianna McNulty in the 500 free. Griffin Butler, Allison O’Keefe, Kylie McGraw, Ryan Barthelmess, Bella Moccia, and Lily Patterson all had great contributions for the Falcons.