Lindsay to step down as Gordon College president 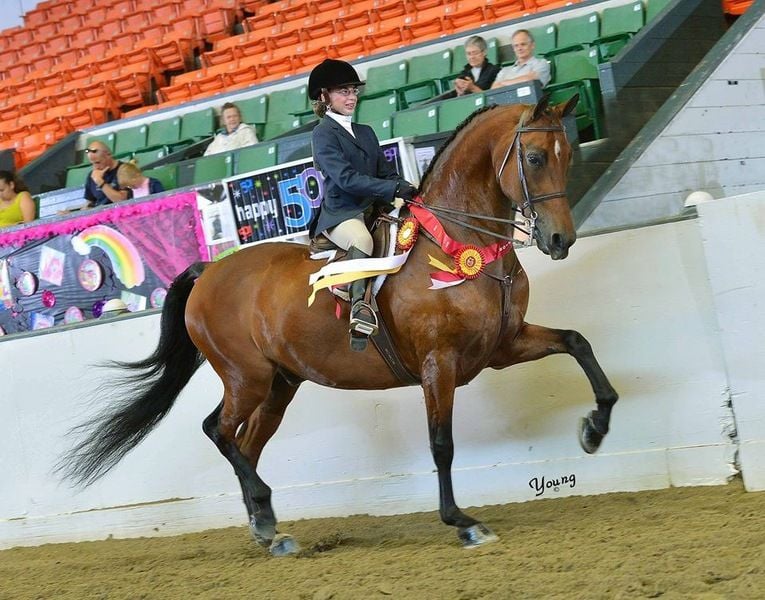 Olivia Bingham of Topsfield is headed to the Grand National and World Championship Morgan Horse Show in Oklahoma City, considered the Olympics of Morgan horse riding. 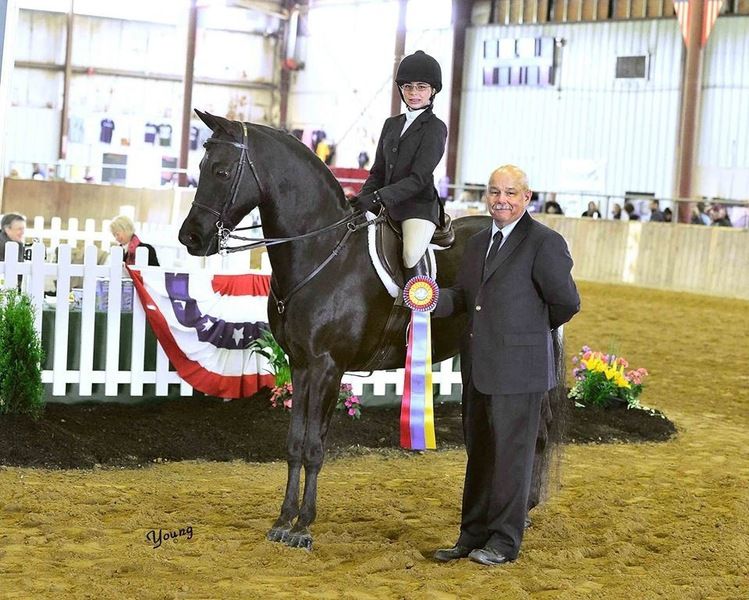 Olivia Bingham received the Reserve Champion (second place) ribbon at the Hunter Pleasure Junior Exhibitor 13-Under Reserve Champion at the Springfield Coliseum which is the third largest Morgan horse show in the United States. Courtesy photo. 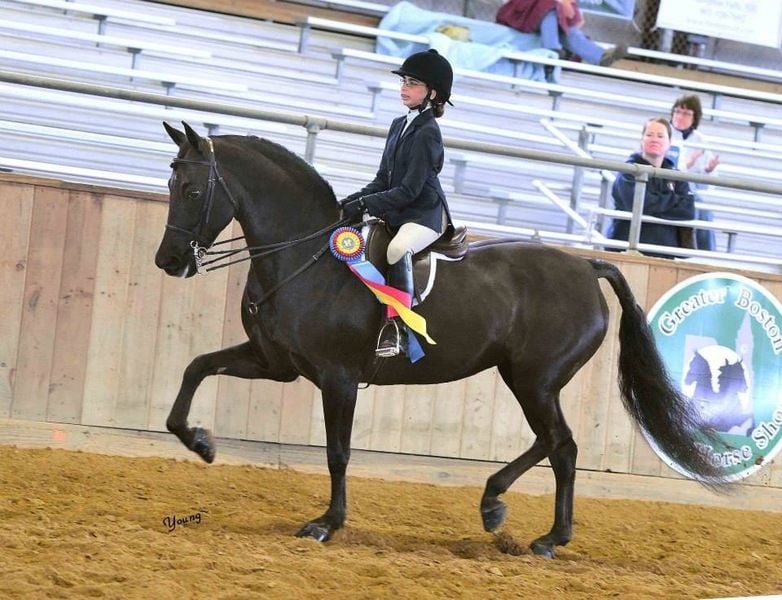 Olivia Bingham of Topsfield is headed to the Grand National and World Championship Morgan Horse Show in Oklahoma City, considered the Olympics of Morgan horse riding.

Olivia Bingham received the Reserve Champion (second place) ribbon at the Hunter Pleasure Junior Exhibitor 13-Under Reserve Champion at the Springfield Coliseum which is the third largest Morgan horse show in the United States. Courtesy photo.

Olivia Bingham of Topsfield has defied all odds to achieve the highest accolades in Morgan horse shows. The 13-year old, who was born with severe medical problems, has qualified for the Grand National and World Championship Morgan Horse Show in Oklahoma City. The event is considered the Olympics of Morgan horse shows and will feature riders from 48 states and three countries. Morgan is an American breed that is compact and muscular and very graceful.

“It’s fun,” said Livi, who began riding in a therapeutic program at Windrush Farm in Boxford when she was four years old. She was born with organ reversal and polysplenia, but put her on a horse and she excels.

“Livi started at Windrush and after a while moved on to a more conventional barn that emphasized jumping,” said her father Shep. “She decided she didn’t really like it and switched to flat work at Chrislar Farm in Rowley. She has had to overcome a tremendous amount of challenges that started even before she was born.

“First it was the question of whether she would even survive the delivery. She was born with a reversal of her organs. The organs were flipped around opposite where they should be, she also had fused vertebrae and floppy joints. She had a high risk of infantile mortality, and as a result of all the medical issues she is delayed in a number of area that she has been fighting to overcome, especially speech and language.”

All obstacles are cast aside when she is riding a horse. She started out participating in small local shows, but quickly excelled to the point that she outgrew her first horse Swifty. The family donated him to Windrush Farm where he can help others.

Bingham is now competing at the highest level for Morgan horses, the A Circuit, and doing extremely well. She won the Mass Morgan Horse Show on MEM Virtual Insanity, and was the Hunter Pleasure Junior Exhibitor 13-Under Reserve Champion at the Springfield Coliseum which is the third largest Morgan horse show in the United States. Reserve champion means she was awarded the ribbon for second place.

Bingham also won the Greater Boston Charity Horse Show in Topsfield over Memorial Day weekend on her own horse, Victory’s Lolita. She took top honors at the Maine Morgan Horse Show in Deerfield, NH over July 4 and performed well at the Granite State Show as part of the Chrislar team over Labor Day. In one short year she has gone from local shows to the international level.

“I think her love of horses is what clicked, and it’s the one area where she gets to compete on a level playing field,” said her father. “She competes with all of her peers, and she excels.”

When her new horse Lola got sick this past June the owner of MEM Virtual Insanity allowed her ride him in some of the shows and is letting him go to Oklahoma for the big show which runs from October 13-20.

“Livi has a beautiful seat on the horse,” said her mother Gerri-Ann. “She rides year round, and it’s truly an amazing thing the way she interacts with these horses. It’s almost a sixth sense the way they respond to her. She takes lessons three days a week and gets so excited working with the horses. She would live at the farm if she could.

“She is at the barn with other girls, who love horses, and it’s great for her self esteem. She cleans the stalls, brushes the horses, feeds them, and grooms them. When she was young we had early intervention specialists at the house coming and going all the time. Finally, I had it with them and decided to do something fun instead. We put her on a horse, and it was amazing. This is her thing. She is so determined, and enjoys every minute of it.”

Livi, who has four older brothers, attends learning Skills Academy in Rye, NH. Her trainers are Chris Cassenti and Ann Walker at Chrislar Farms. The family is looking forward to the trip to Oklahoma were there will be 3,000 horses. Bingham’s rider number is in the 800’s. At an event of this magnitude first impressions by the judges count heavily. That will work in Bingham’s favor because she always sits up very straight on the horse, and Cassenti calls her a very gifted athlete.