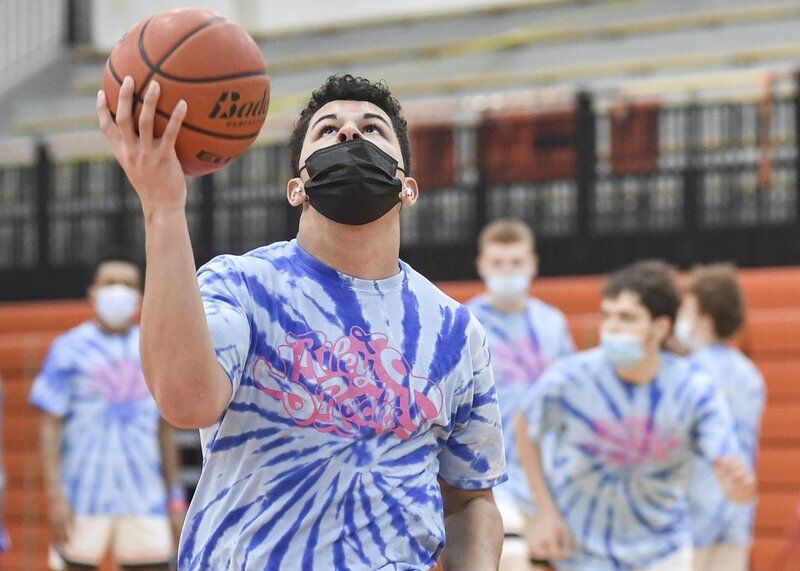 Gabe Copeland and other Beverly players wear their "Riley Rocks" shirts in warmups as a tribute to Riley Fessenden, who passed away in 2016 due to cancer, in observation of International Childhood Cancer Day. JAIME CAMPOS/Staff photo 2/16/2021 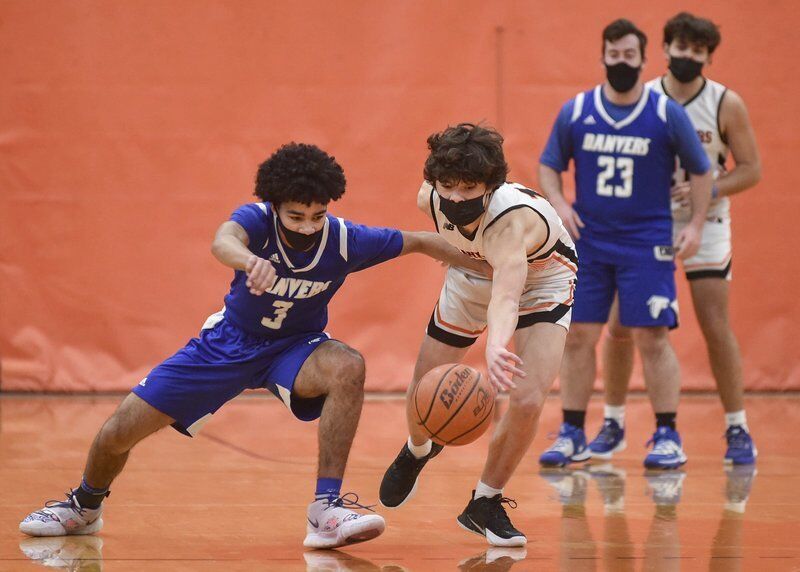 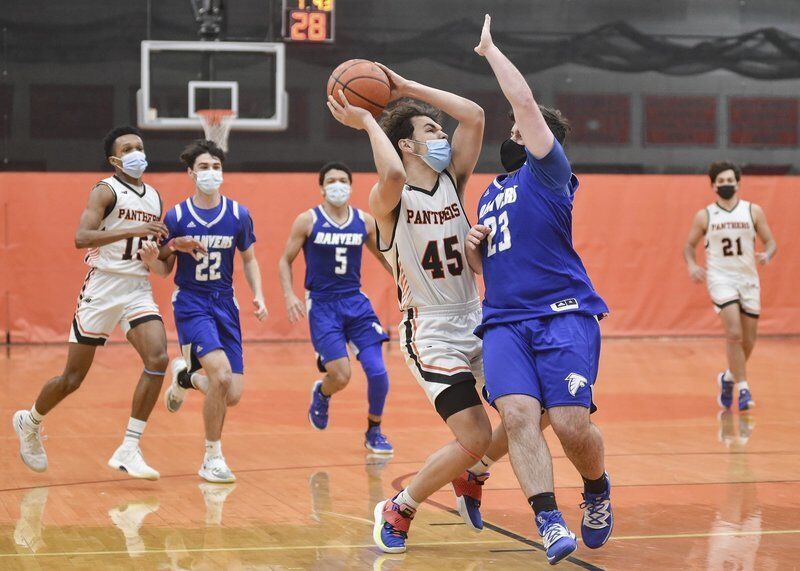 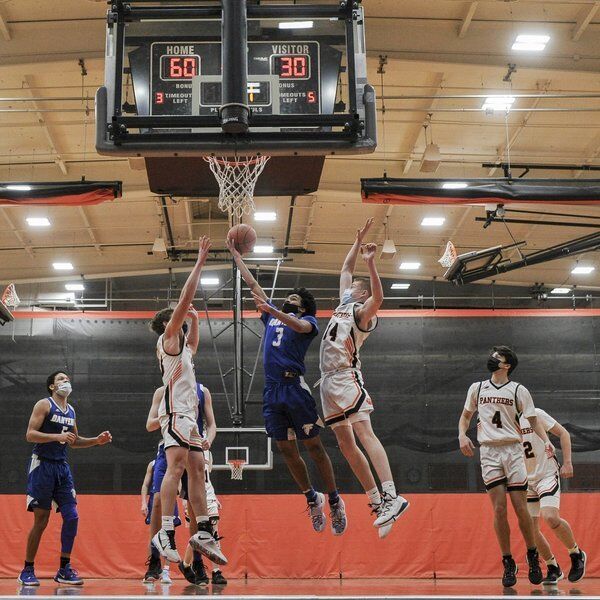 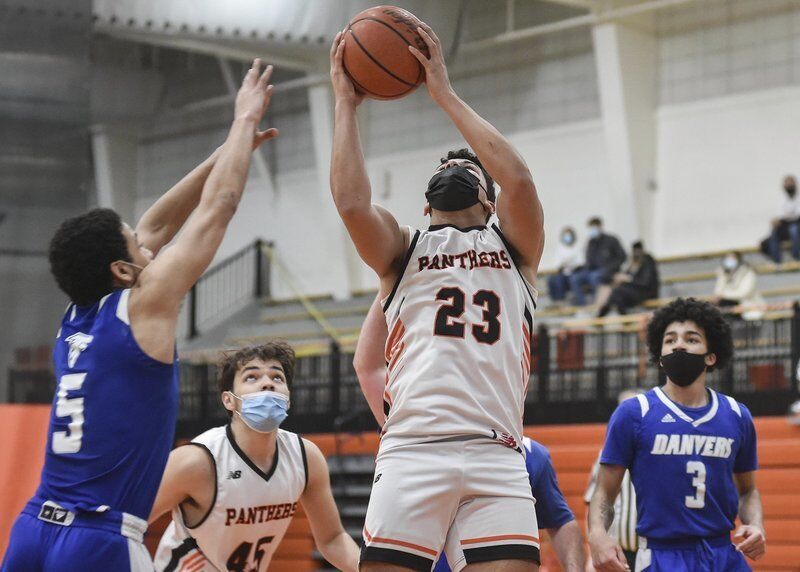 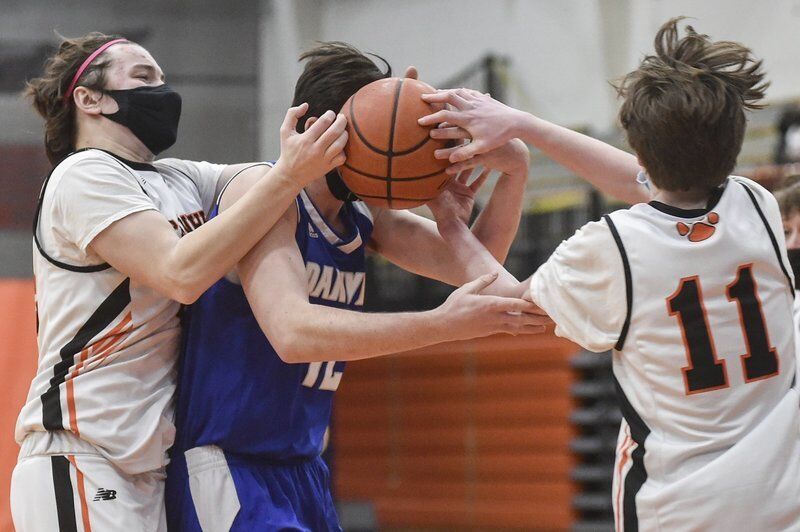 Gabe Copeland and other Beverly players wear their "Riley Rocks" shirts in warmups as a tribute to Riley Fessenden, who passed away in 2016 due to cancer, in observation of International Childhood Cancer Day. JAIME CAMPOS/Staff photo 2/16/2021

Swampscott 53, Saugus 41: Evan Roth went off for 25 points to help the Big Blue pull away over the final three quarters of play. Jake Cooke added 10 points while Cam O’Brien grabbed numerous rebounds and was an excellent ball distributor throughout.

Salem Academy 30, Salem 28: Cindy Shehu had 18 points as the Navigators (2-5) held off the Witches in a tight crosstown battle. Kianna Mirabel-Nunez added ten in a strong outing for SA as well.