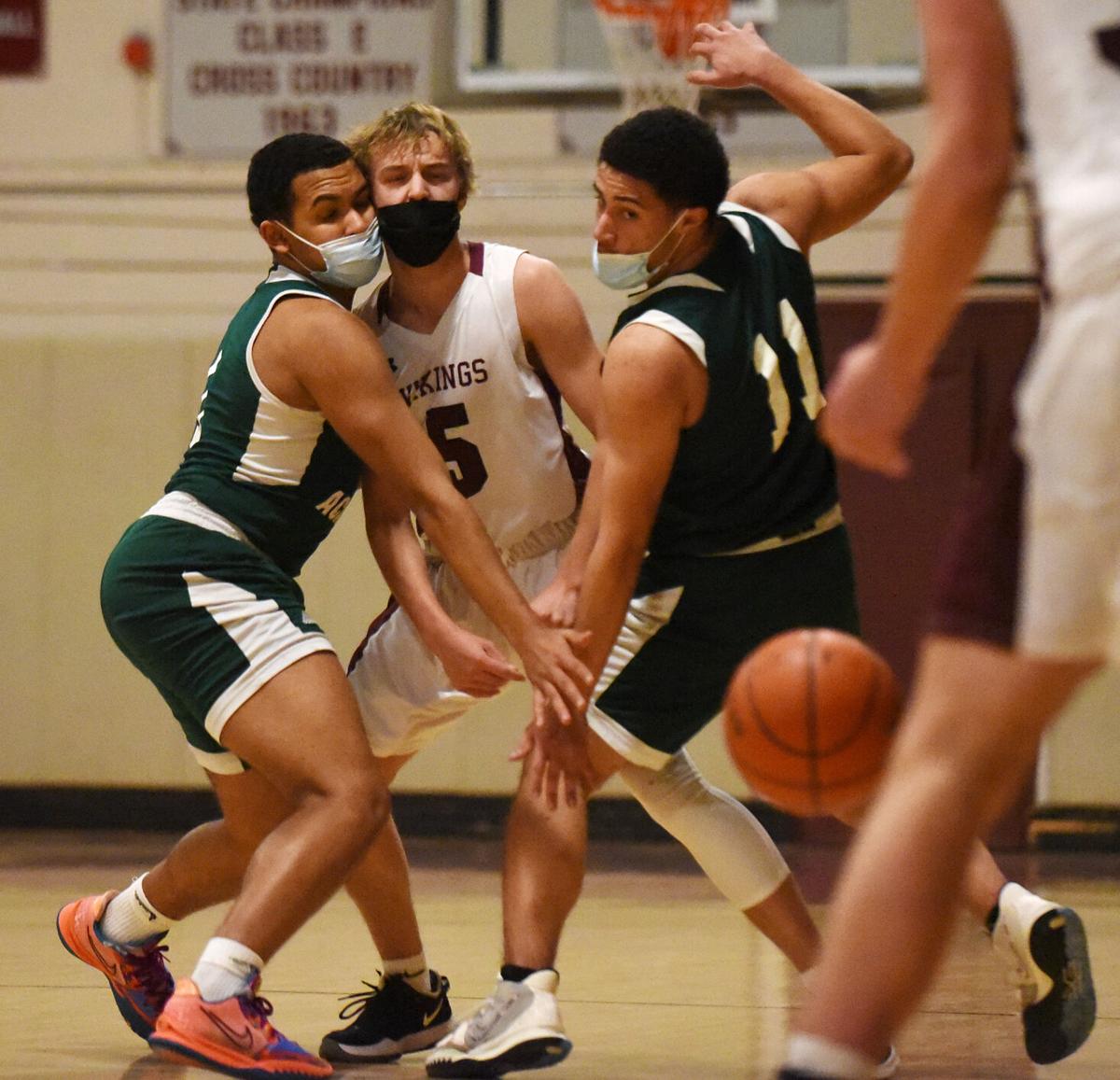 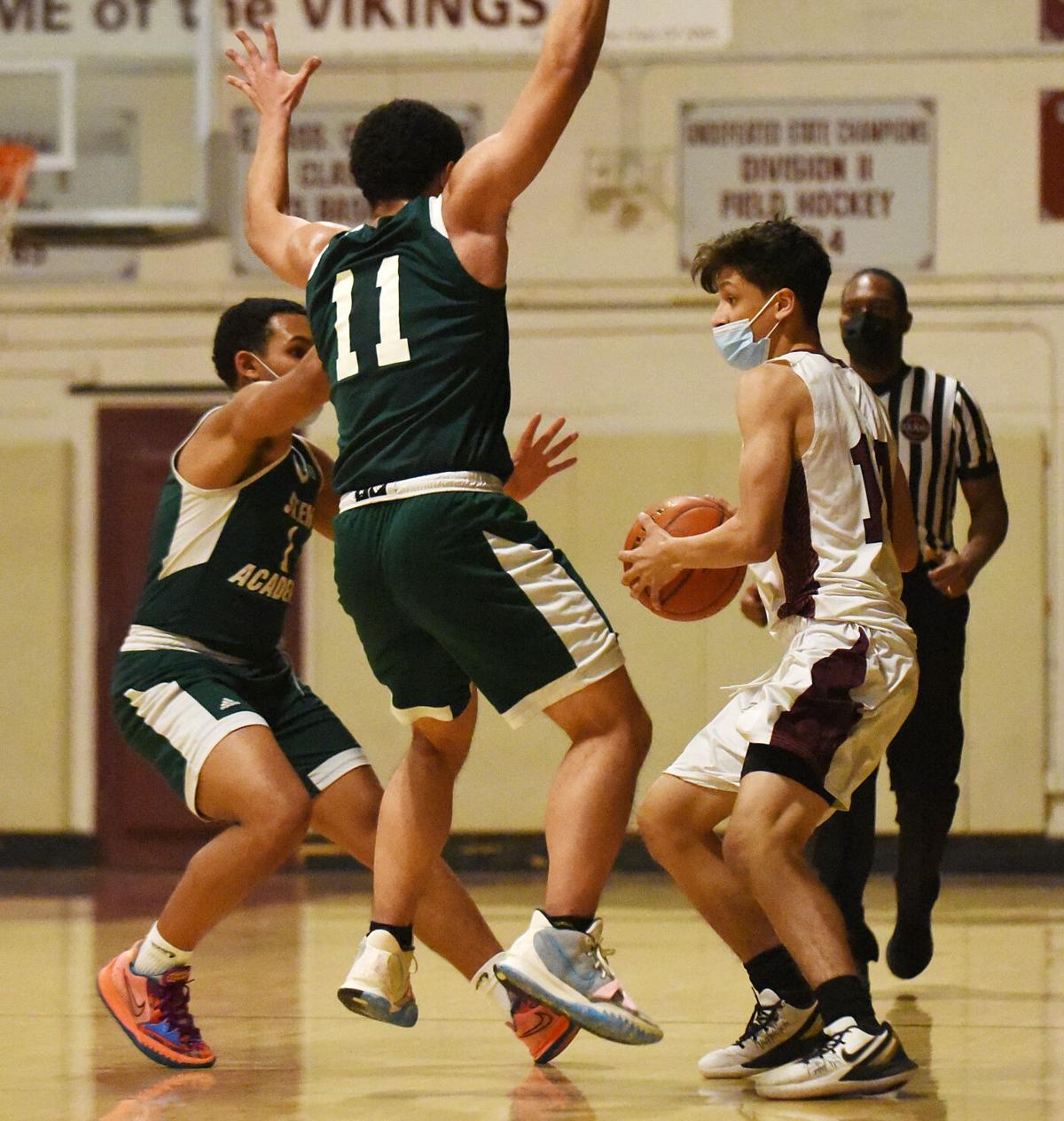 Marblehead 92, Beverly 75: Cole Brooks had a pair of state cut times in the pool Tuesday night for the victorious Magicians, qualifying with first place finishes in both the 100 backstroke (56.13 seconds) and 100 butterfly (55.97). He was also part of the medley relay team along with Jack Grady, Nate Roen and Logan Doody that also had a state cut time of 1:50.15, good for another top finish.

Danvers 79, Salem 45 : Alex Cotter turned in first place finishes in both the 50 and 100 freestyles while Spencer Key did likewise in the 100 butterfly and 100 backstroke as the Falcons captured their first victory of the season. Also picking up wins for the Blue-and-White were Allison O’Keefe in the 200 free, Kylee McGraw in the 200 IM, and Eric Zhang in the 100 breaststroke.

Winthrop 64, Swampscott 63: Winthrop hit a 3-pointer with 2.5 seconds left to seal the win in what was a wildly competitive, back and forth contest between the two NEC foes.

For Danvers, Quinton Shairs scored 13 of his 15 points in the second half to lead his team.

Salem Academy 54, Rockport 43: Jorbert Peralta led the Navigators to a win over an MIAA foe with 22 points and 13 rebounds. Dexter Brown added six points and 14 boards in the win.

Ipswich 57, Pentucket 53: The Tigers led by double digits at halftime before holding off a late Pentucket run thanks to some key buckets from Ray Cuevas and defensive stops as a team. Cuevas finished with 22 points including a 7-for-7 clip from the free throw line, while Charlie Henderson had 14 points.

Essex Tech 67, Mystic Valley 31: The Hawks improved to 4-1 on the season as they recorded their first win over Mystic since 2011. Shawn O’Keefe had 14 points and 12 boards to lead the charge, while Colin Holden (12 points, 6 rebounds), Andrew Paulino (8 points, 5 rebounds) and Christian Frederico (10 points) also played well.

Marblehead 56, Salem 52: The Magicians (5-4) got 25 big points from Samantha Dormer en route to a tight win on the road. Ella Kramer added 16 points with four threes, Molly Cronin had a strong game in her return from COVID and Annika Haley was terrific distributing the ball all night for Marblehead.

For Salem, Yamilette Guerrero continued to play well, scoring 16 points in the loss.

Saugus 35, Beverly 32: Nine different Panthers found their way onto the scoresheet in a tight loss, led by captain Grace Coughlin’s six points. Lauren Caley finished with five rebounds for BHS, which also got stellar performances on defense from Angelina Mazzone and Angelina Michaud.

Winthrop 51, Swampscott 30: The Big Blue fell to the Vikings on the road.

Essex Tech 35, Mystic Valley 15: The Hawks improved to 4-3 with a suffocating defensive effort. Offensively, Emma Dorgan led the charge with nine points plus six steals while Sydney McCarthy had six points with eight rebounds and Kailey Erickson chipped in four.

Salem Academy 46, Rockport 25: Cindy Shehu and Kianny Mirable-Nunez led the Navs (5-3) to a convincing win over the Vikings. Critsal Pujols also played well defensively and Grace Thomas made a couple of baskets.

Pentucket 45, Ipswich 8: The Tigers had a tough go against a relentless and powerful Sachem club.

North Reading 40, Hamilton-Wenham 35: The Generals fell to 4-3 on the season (3-3 in CAL play) with a tough road setback. Jane Maguire (16 points) cut the lead to three with a late 3-pointer, but that was as close as H-W would get. Lily Cassidy added 11 points for the Generals, who look to snap a three-game losing streak Friday at home against Manchester Essex.

Beverly 42, Gloucester 33: The Panthers hit the road for a Northeastern Conference dual league match and came away victorious. Leading the way was Brendan McCarron (170 lbs.) and Gino Sicari (182 lbs.) who each picked up wins by fall.

Endicott 6, Tufts 1: Connor Amsley and Ryan Bell both scored shorthanded into an empty net — with one of those assisted by goalie Cam O’Brien — as the nation’s No. 12 ranked squads, the Gulls (9-3-1), pulled away late at home. Drew Lorinchak had a goal and an assist for Endicott, Eric Johansson, Zach Mazur and Connor Beatty also scored and O’Brien finished the night with 39 saves.