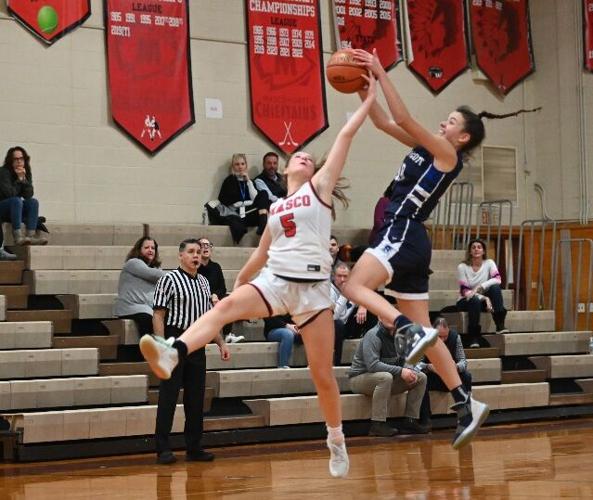 Masconomet’s Mia Theberge goes up to block a Swampscott shot. 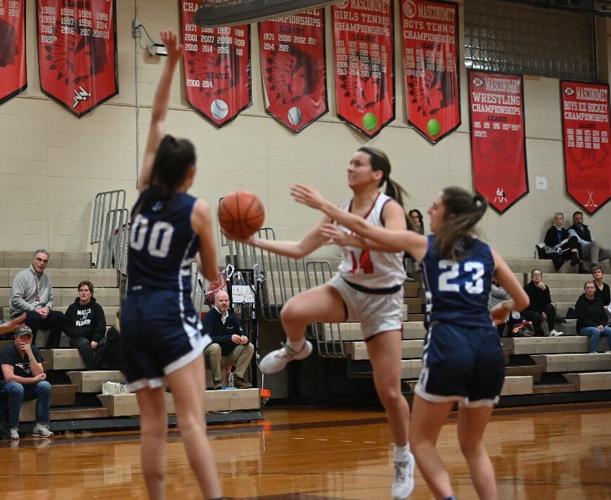 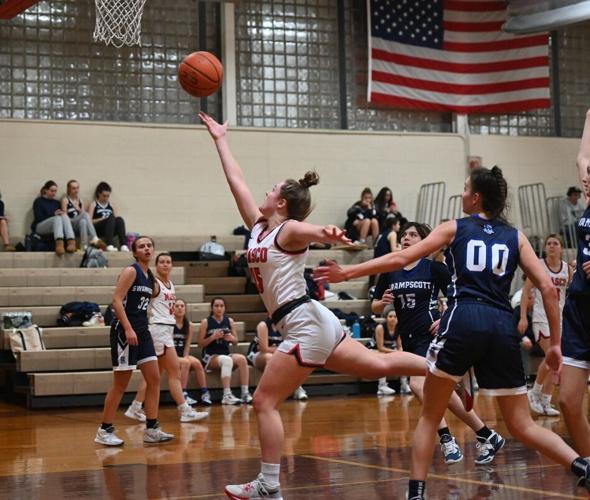 Masconomet captain Kayleigh Monagle flips the ball up and in from the lane. 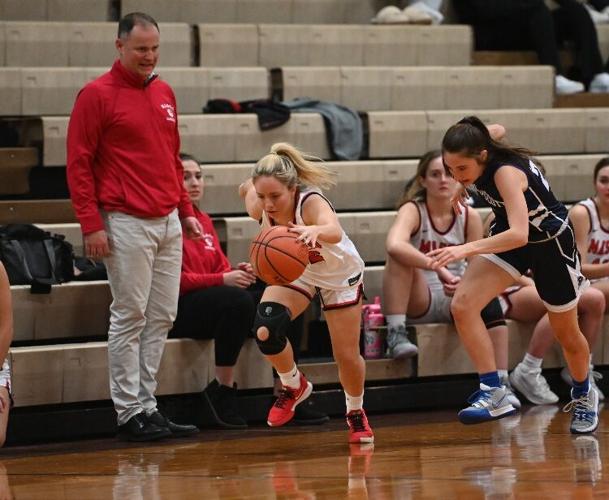 Masconomet defensive stalwart Kylie Dumont snags another steal and sprints the other way. 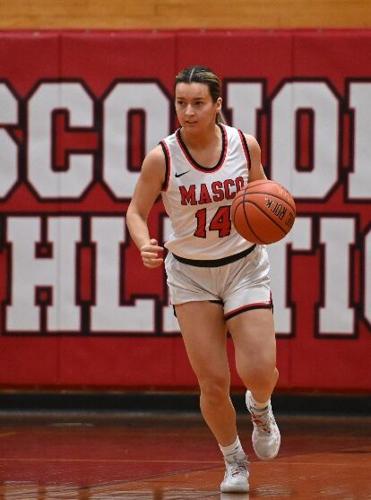 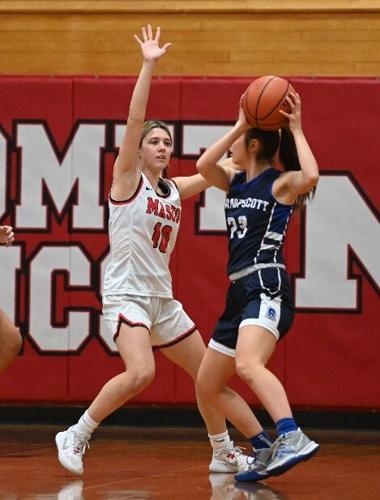 Masconomet’s Mia Theberge goes up to block a Swampscott shot.

Masconomet captain Kayleigh Monagle flips the ball up and in from the lane.

Masconomet defensive stalwart Kylie Dumont snags another steal and sprints the other way.

Danvers was led by Reese Holland, who scored eight and ripped down 12 rebounds.

Salem Academy 54, Excel 14: Cindy Shehu scored 18 points and Kianny Mirabal-Nunez had 14 of her 16 in the third quarter as the Navs (10-3) pulled away. Jayden Starr chipped in with seven points and Karleni Ortiz netted six of her own.

Masconomet 59, Swampscott 21: Kayleigh Monagle erupted for 18 points and the Chieftains climbed over .500 at 7-6. Taylor Bovardi had a great all-around game with nine rebounds, three assists and three steals.

Christian Covenant 57, Newman 35: Behind Bennett Plosker’s 25 points (including a career high four 3-pointers), the Cougars improved to 9-1 (8-0 in the MBIL) with the home win. CCA broke open an eight-point halftime lead thanks to a lockdown defensive effort and tenacious rebounding from Anthony Reis (12 points), Noah DeJesus (8), Evan Ray (6) and Tim Soria against a bigger Newman squad.

Essex Tech 67, Minuteman 50: Christian Federico had a team-best 15 points to lead the Hawks, who are now 6-3 overall and 4-1 in CAC action. Shawn O’Keefe had a 14-point, 12-rebound double-double effort and Colin Holden added 13 points and 10 boards.

Beverly 68, Saugus 41: The Panthers improved to 9-4 on the season behind 17 points, seven rebounds and six assists from senior Rook Landman.

Masconomet 95, Hamilton-Wenham 40: Senior captain Andrew Mitchell (22.40, 14th) had the top time for the Chieftains, who remained in second place in the North Shore Ski League behind St. John’s Prep. Sophomores David Palmer (22.24) and Ethan Day (22.43) also had strong races for the winners, while senior Bode Devellian (22.44) continued to be an important contributor.

Hamilton-Wenham drop two: The Generals, a first-year program, saw team captain Will Harrington ski to a fifth place finish in 21.39 seconds in setbacks to Newburyport (89-45) and Masconomet (95-40). Cooper Bousum finished a respectable 13th (22.15 seconds) for H-W as well.

Amesbury 63, Ipswich 37: Keith Townsend won both the high jump and the high hurdles to highlight things for the Tigers at New Balance Track. Colin Hansen was also first in the 300 and Ipswich took first in the 4x400 relay.

Manchester Essex 63, Essex Tech 33: Daniel Leblanc won the dash for the Hawks and Chris Morency was first in the shot put. Jacob Moody was also first in the 600 in 1:37.

Amesbury 55, Ipswich 45: The Tigers dropped their first meet of the season despite a pair of firsts from Olivia Novello (high jump, hurdles) and a double from Chloe Pszenny (dash, 300). The Tigers also won both relays.

UNE 77, Endicott 69 (OT): Though the Gulls (7-11) took the lead with 33 seconds left in regulation, the Nor’Easters got it tied and then outscored Endicott 15-7 in overtime to win. Sarah Dempsey led four Gulls in double figures with 15 points and Katelyn Konareski scored a dozen.

Gordon 68, Salve Regina 55: Madison Wynbeek poured in 24 points and ripped down 15 rebounds as the Scots evened their record at 5-5. Ami Rivera added 17 points with five steals and Serianna Anderson had a baker’s dozen.

Salve Regina 75, Gordon 69: Garrett Sattazahn scored 21 and had 11 rebounds and Bryce Smith also scored 20 while canning three triples but it wasn’t enough for the Fighting Scots at home.

The Family and Friends of the ...