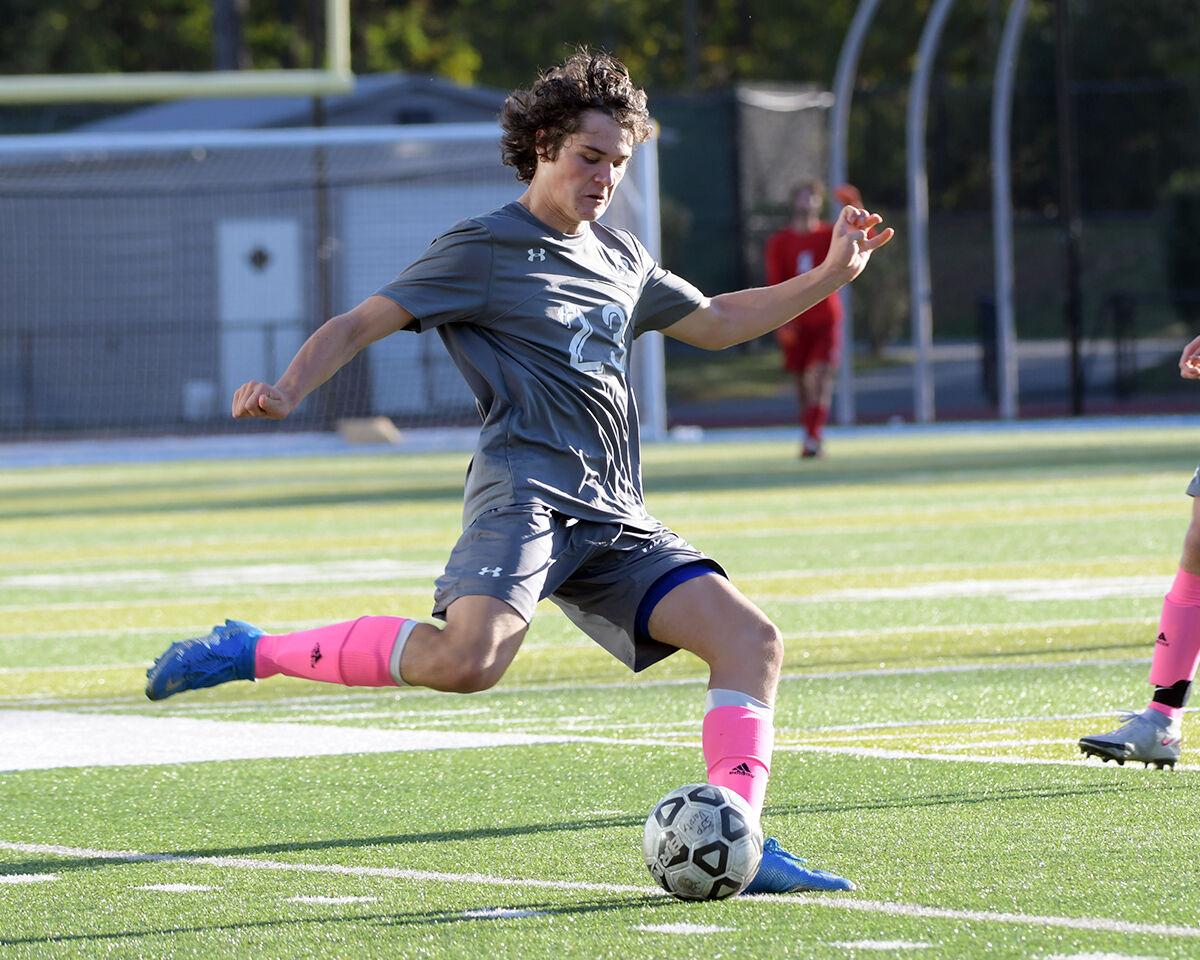 Cole Blaeser gets set to boot the ball upfield during his Eagles' 6-0 shutout over visiting Malden Catholic Tuesday afternoon at St. John's Prep. 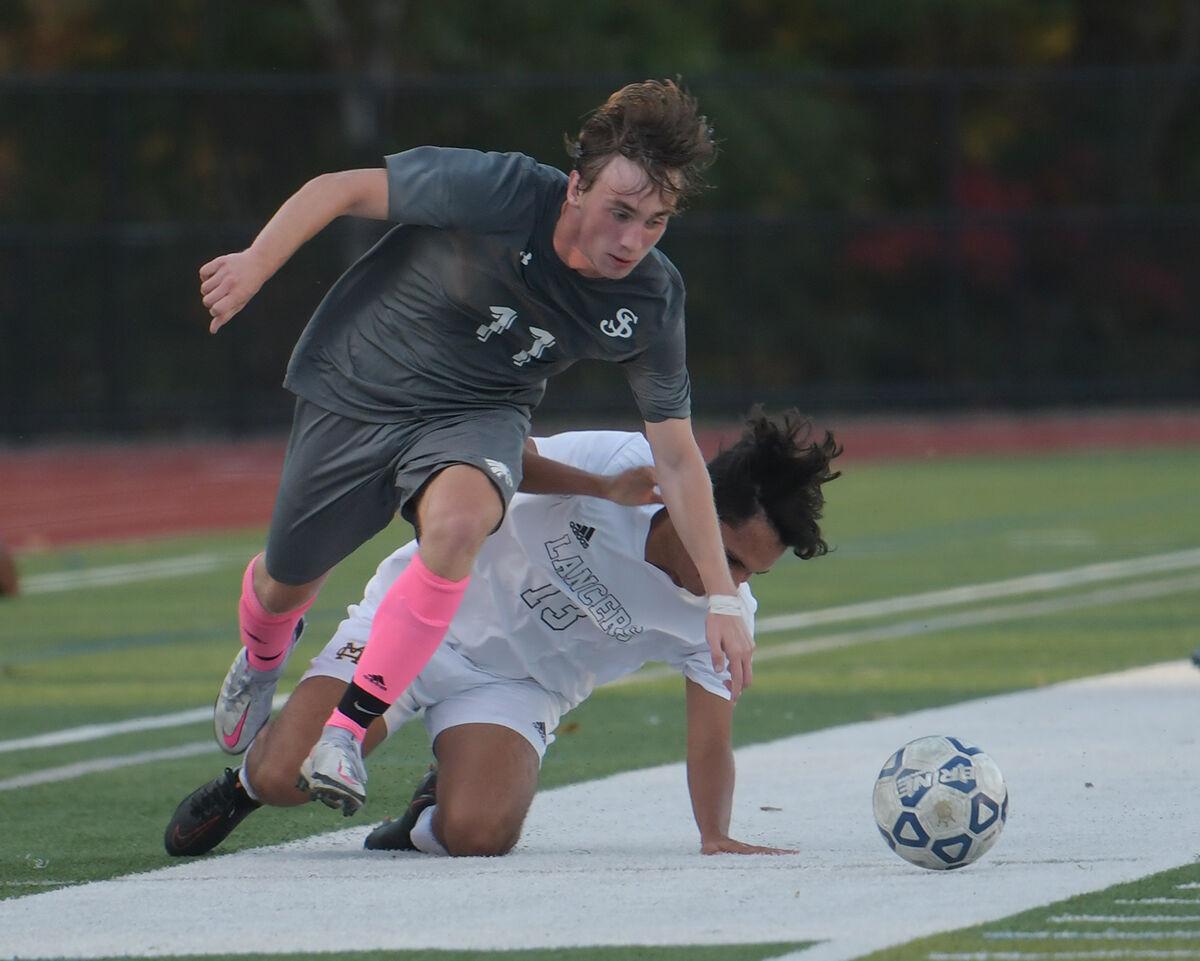 Declan Kelly had an assist for St. John's Prep Tuesday in its 6-0 win over Malden Catholic. 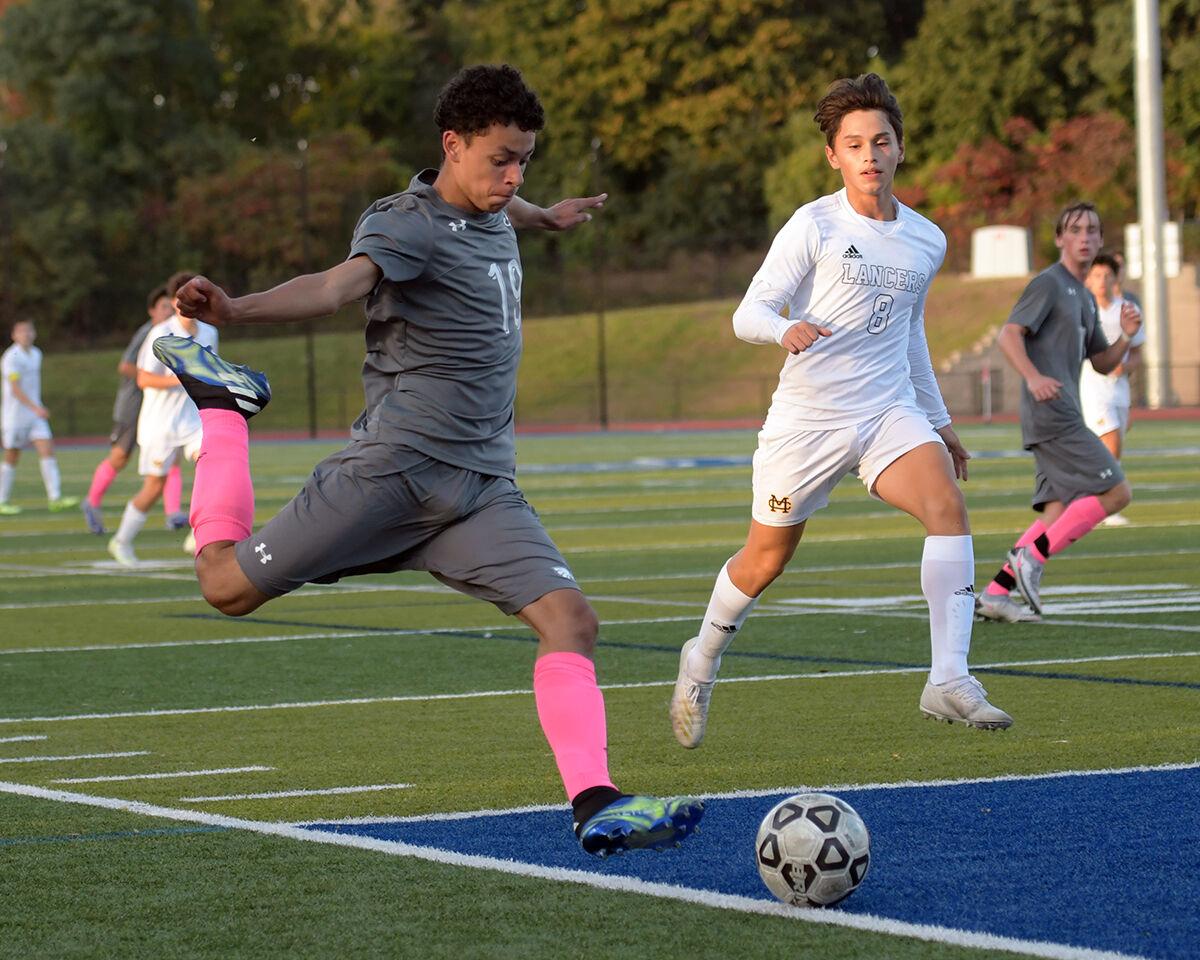 Hamilton-Wenham 2, Pentucket 1: Lucas Groberio scored in the final five minutes of regulation to help the Generals (4-3-3) outlast their Cape Ann League rivals. Liam Heney played well in net and had to come off his line three times to force shots wide, while Victor Miantte and Keenan Maguire played well in the win. Ethan Minster added a goal and an assist as well.

Hamilton-Wenham 1, Pentucket 1: Freshman defender Maddie Wood scored the tying goal in the first off from an assist from classmate Annie Moynihan and the Generals (8-1-1) extended their unbeaten streak to seven. Senior defenders Libby Collins, Jackie Chapdelaine and Nora Gamber played very well in the back for H-W.

Essex Tech 2, Shawsheen 1: Sofia Varga netted the game-winner goal and keeper Hailey Guilmet had an immense effort in net with nine stops as the Hawks improved to 6-7 overall with the Commonwealth Conference win.

Lynnfield 1, Ipswich 0: On Monday, the Tigers (2-7-2) Izzy Wetter and Victoria Harper had strong games defensively, as did Pia Stewart, Ava Broglino and Lucy Harmon at midfield.

Bishop Fenwick 5, Bedford 0: The Crusaders got a pair of goals from Emma Perry and singles from Grace Morey, Arianna Costello and Rayne Millett, with Zoe Elwell dishing out three assists and Tess Keenan one. Sedona Lawson was busy, making 18 saves in the shutout, and Emily McPhail had a strong game at midfield for Fenwick (now 8-2-2).

Marblehead 58.5, Saugus 13.5: The Magicians moved to 10-4 on the season with a convincing win at The Meadow in Peabody. Charlie Grenier was the medalist with a 36, while Matt Weed and Chris Cannuscio both shot 37. Jacob Aizanman added a 38 in the win.

Ipswich drops two: Playing in the Olde Cape Ann Classic at Rockport Country Club, the Tigers fell to both Manchester Essex (109-97) and the host Vikings (149-97). Sophomore Charlie Jespen had 22 points to lead Ipswich.

Prep wins two: The unbeaten Eagles (5-0) topped BC High by a single point, 27-28, while also topping Catholic Memorial, 22-32, in a double dual at Franklin Park. Race winner Charlie Tuttle, a senior captain, led the way with a 16:03 and some pack running by Felix Rogovin, Jack Stein and Luc Santos helped St. John’s secure the win.

Plymouth State 2, Salem State 1: Julia Paulino’s second goal of the year assisted by Allison Couillard gave Salem State an early lead but the Panthers scored the last two to drop the Vikings to 6-6. Kelli McCarthy was excellent in net with 16 saves.

Framingham State 3, Salem State 0: Genveive Kempster’s seven kills were the high water mark for Salem State (4-14) despite the straight set loss. Kempster also had a team-high 25 digs and Eva Haralabatos had a double-double with 23 assists and 12 digs.

Salem State 2, Rivier 1 (2 OT): Jasmine Moran scored both Vikings (3-8) goals, including one in double overtime to send her team to victory. Sydney Durkin added an assist on Moran’s game-winner.

Merrimack 7, Endicott 2: The team of Justin Hoover and Fernanda Trevino won a tiebreaker at second doubled and Endicott’s other triumph came from Ashley Keaveney in singles play.

Bridgewater State 8, Salem State 1: The team of Anastasia Startseva and Alexandria Floyd started the match with an 8-3 first double win, but the Bears won the rest of the bouts to emerge victorious.

Gordon 1, Western New England 1: Chase Gwynn’s 13th goal of the year leveled the score in the 60th minute and enabled the Scots (6-4-2) to earn a valuable road point.

Salve Regina 2, Endicott 1 (OT): Joe Mepham leveled the score early in the second half with his seventh goal of the year but Salve got the winner seven minutes into overtime. Endicott (4-6-2) was outshot 10-5 while holding on to force overtime.