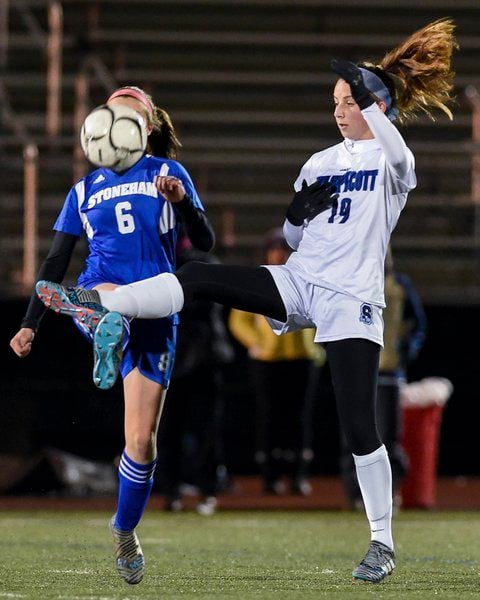 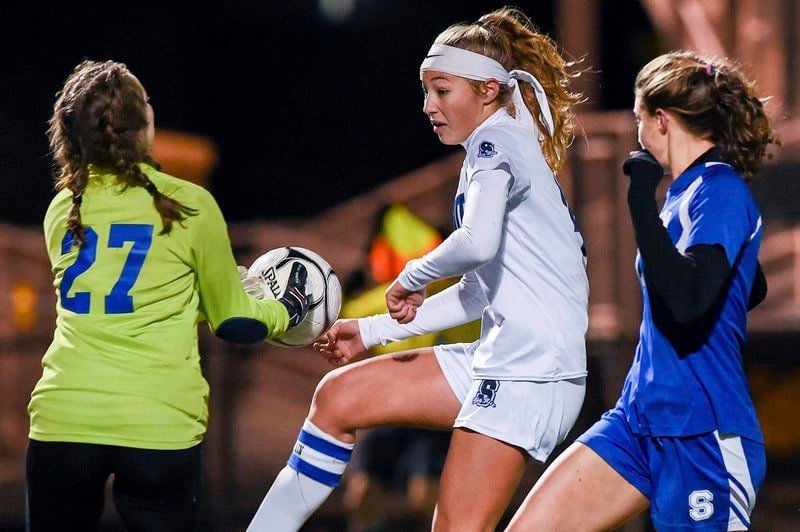 JAIME CAMPOS/Staff photo Swampscott's Emme Laundry had her team's lone goal in a 4-1 loss to Stoneham in the North semifinals. 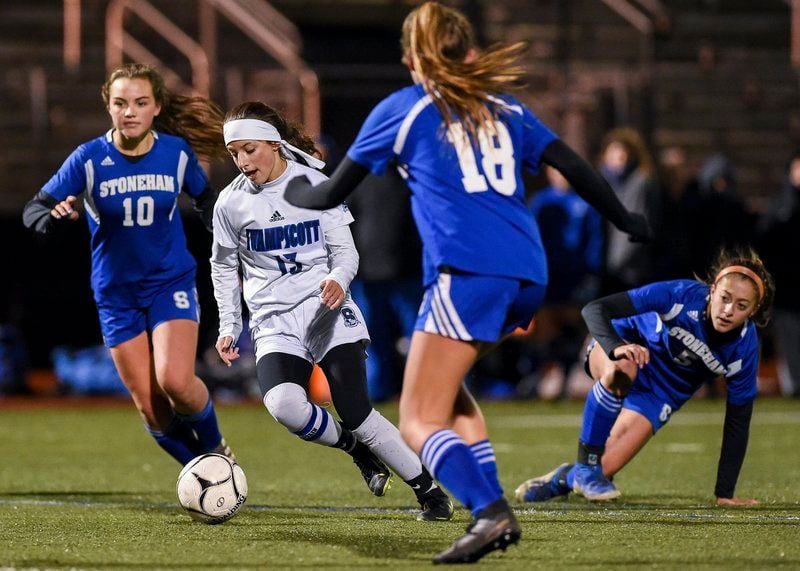 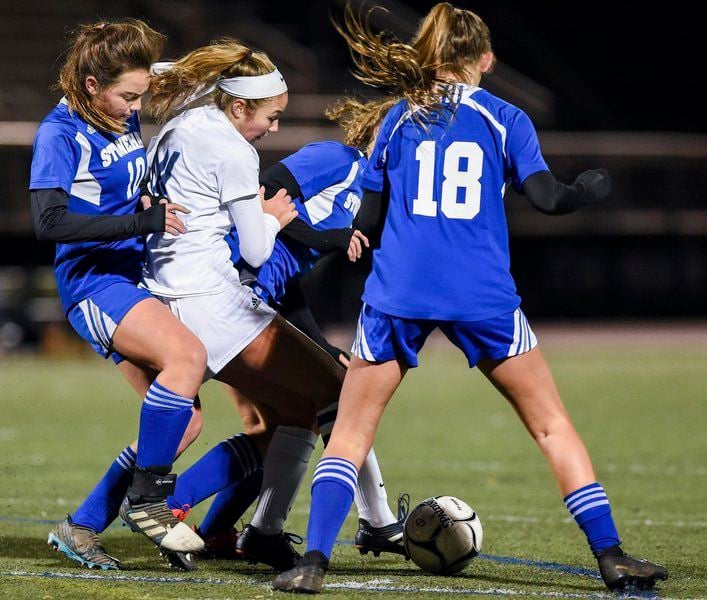 JAIME CAMPOS/Staff photo Swampscott's Emme Laundry is surrounded by Stoneham's defense as she tries to get her team an offensive spark. 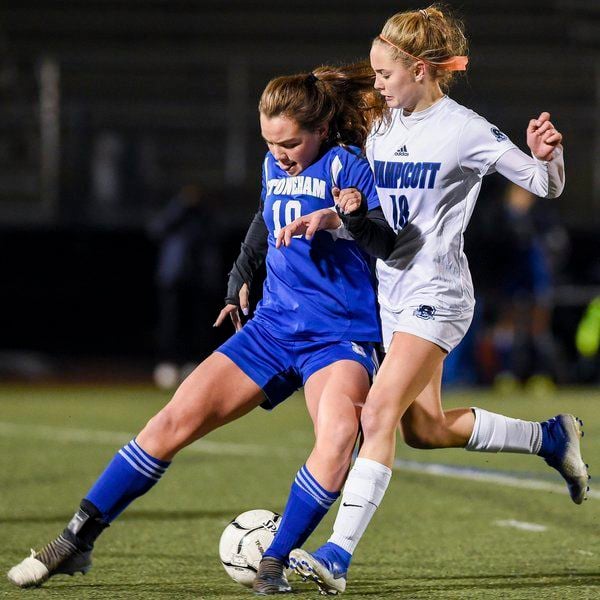 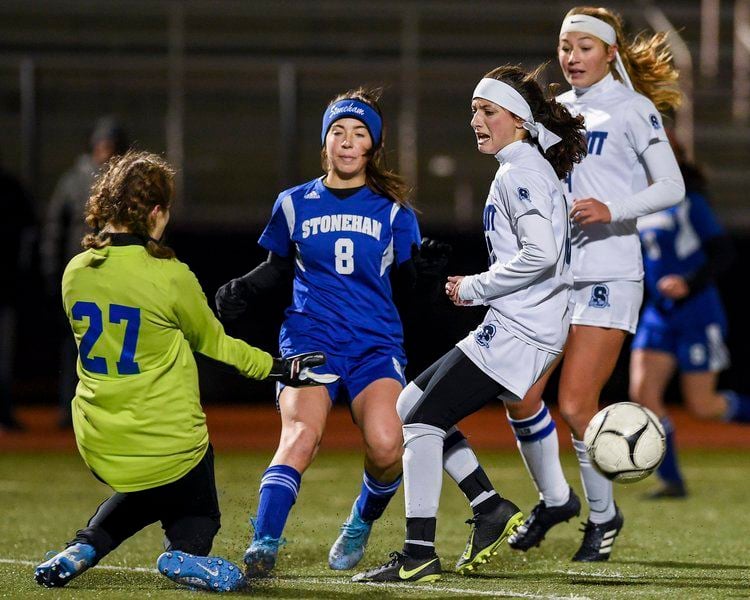 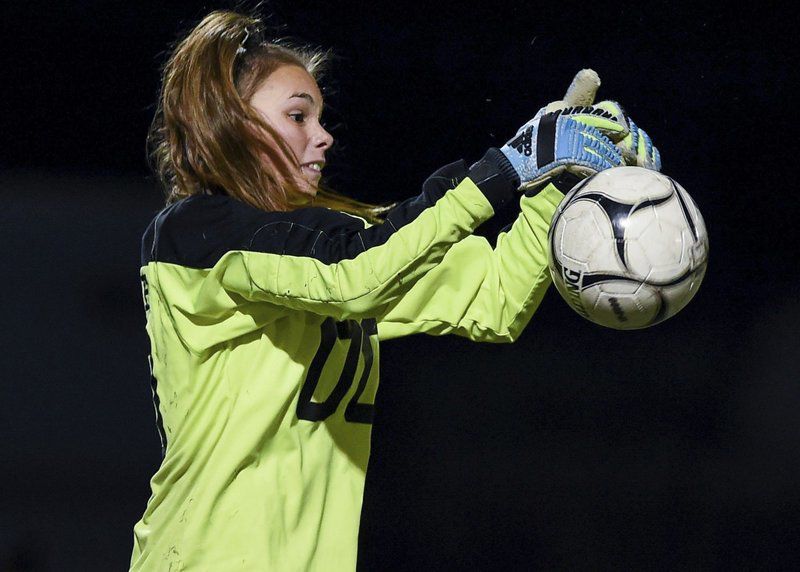 JAIME CAMPOS/Staff photo Swampscott's Emme Laundry had her team's lone goal in a 4-1 loss to Stoneham in the North semifinals.

JAIME CAMPOS/Staff photo Swampscott's Emme Laundry is surrounded by Stoneham's defense as she tries to get her team an offensive spark.

LYNN — It would've been impossible to blame the young girls on Swampscott High's back line for feeling like they were seeing double in Tuesday's Division 3 North semifinal on the frozen tundra that was Manning Field.

When it came to the attacking Caldarelli for top-seeded Stoneham, there actually were two of them.

Twin sisters Amanda and Samantha Caldarelli combined for all four goals as the Spartans got some revenge on defending North champion Swampscott, ending the Big Blue's reign with a 4-1 decision.

"They were a handful up top. I was definitely worried about that coming in here," said Big Blue coach Norman James. "We don't have any seniors in the back. Sometimes when it's youth versus experience, that doesn't work out."

No. 13 seed Swampscott ends the year at 12-7-2 and can hang its hat on making a sixth consecutive semifinal appearance with a squad that had just one senior starter, captain Emme Laundry.

Having graduated the entire defense that held Stoneham's dangerous twins in check in last year's overtime semifinal win was the difference as the Spartans (18-3) advances to Saturday's Division 3 North final against Wayland.

Freshman keeper Lilian Gosselin made 13 saves and youngsters on defense such as Grace Hudson and Lily Raymond held their own in the first half. With the wind at its back in the second half, Stoneham ratcheted up the pressure and scored three times to take a commanding 4-0 lead.

"The wind got us a little bit, and it was harder once we fell behind," James said. "It's a learning experience, with a freshman goalkeeper and four other freshmen on the roster and not many seniors. Putting those young kids in situations like this where they'll learn from it and continue to get better is something I believe in."

Samantha Caldarelli opened the scoring at the 12-minute mark of the first half. Swampscott made some solid runs up the side of the field, sparked by freshman Laine Foutes, but had their chances at Stoneham keeper Allyson Porter saved for forced wide.

In the waning moments of the first half, junior captain K.K. Kearney had a golden scoring chance when she ran through two defenders after chasing down a rebound. Her shot was saved by Porter, though, and the Spartans took a 1-0 lead to the break.

Only three minutes into the second half, the twins hooked up to make the Big Blue's hill to climb even steeper. Samantha Caldarelli took a hard shot that plunked the top bar and went right to her sister, Amanda, for the finish. Amanda wound up with a hat trick, scoring in the 56th and 68th minutes of play to ensure her team played on.

Going against the wind, the Big Blue tried to shift to a kick-and-run style game. Stoneham kept defenders back, smothering Laundry despite her hunger to battle for the loose balls.

"We might've been a little nervous, too," James said. "In the second half we kind of decided we couldn't play with the ball and wanted to try the dump-and-run."

Laundry, who shared the team's goal-scoring lead with Kearney, finally got behind the defense and finished to get her team on the board with just under 12 minutes to play. Swampscott pushed for a second score, getting it's third corner of the game shortly thereafter, but Stoneham held the fort.

"Emme had a great season. The toughest part of losing is seeing her walk off without a championship. I'm glad she got to taste it as a junior," said James. "She was a great leader for us. We did everything we could with a pretty young team. We feel like the future is very bright for Swampscott; we're planning to be back here next year."