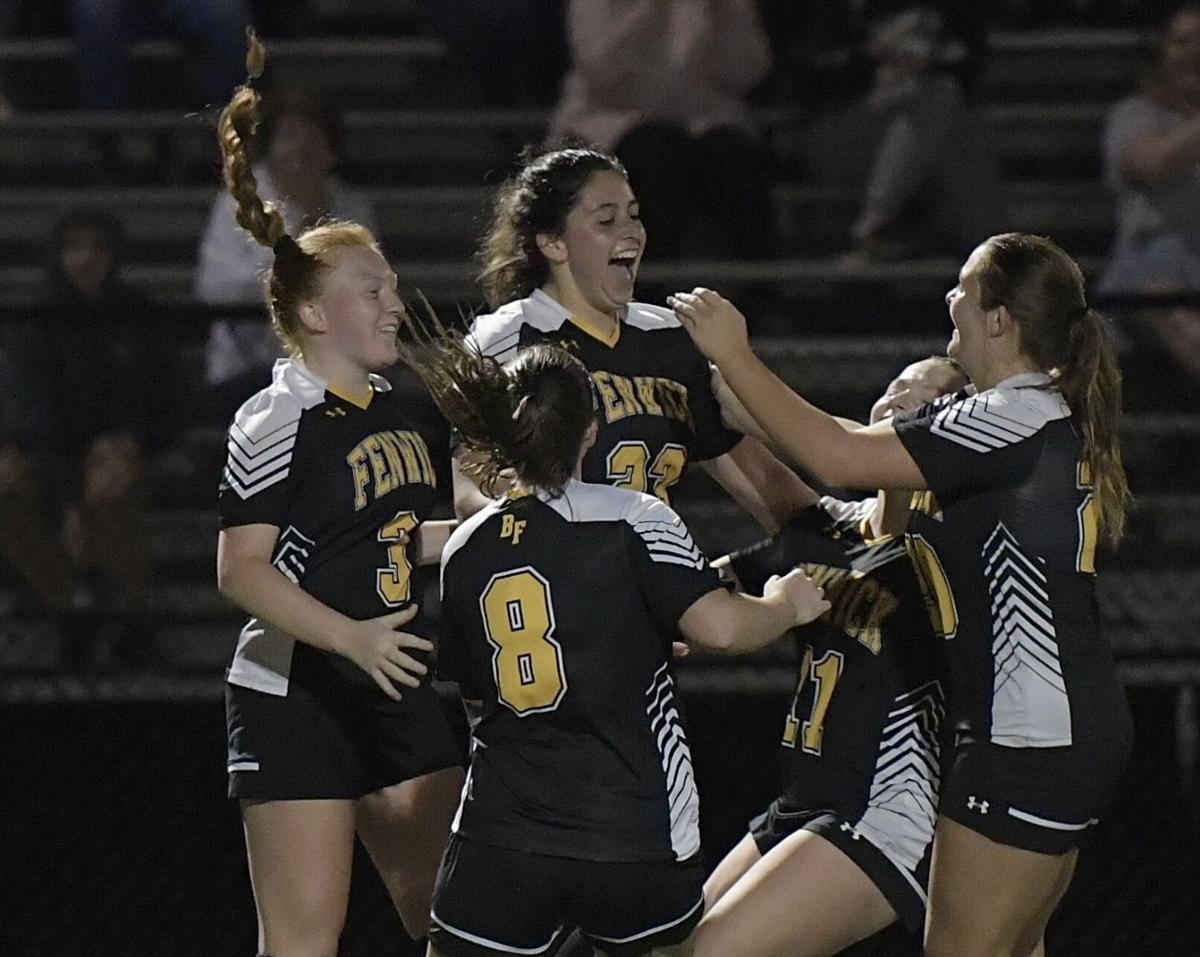 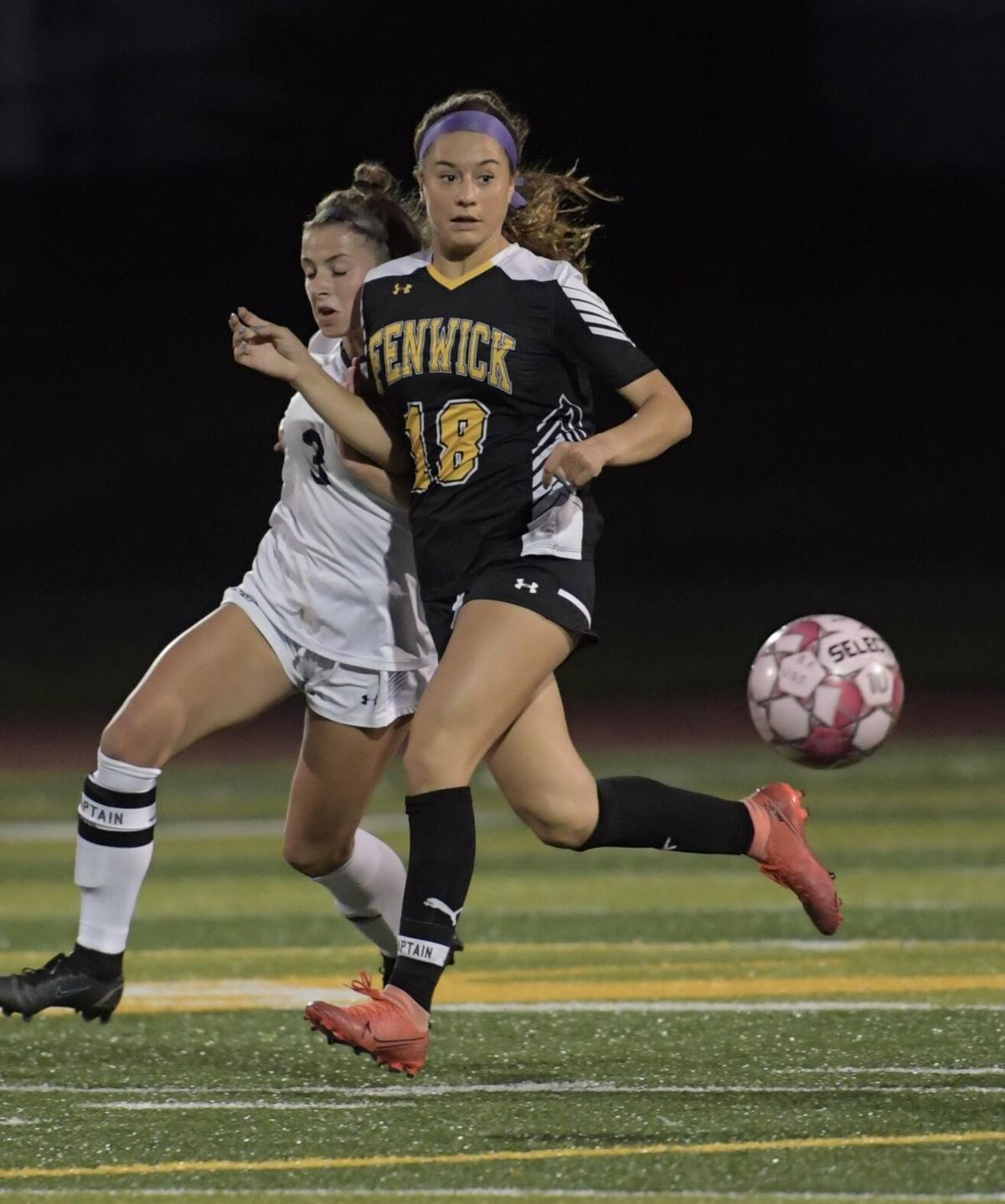 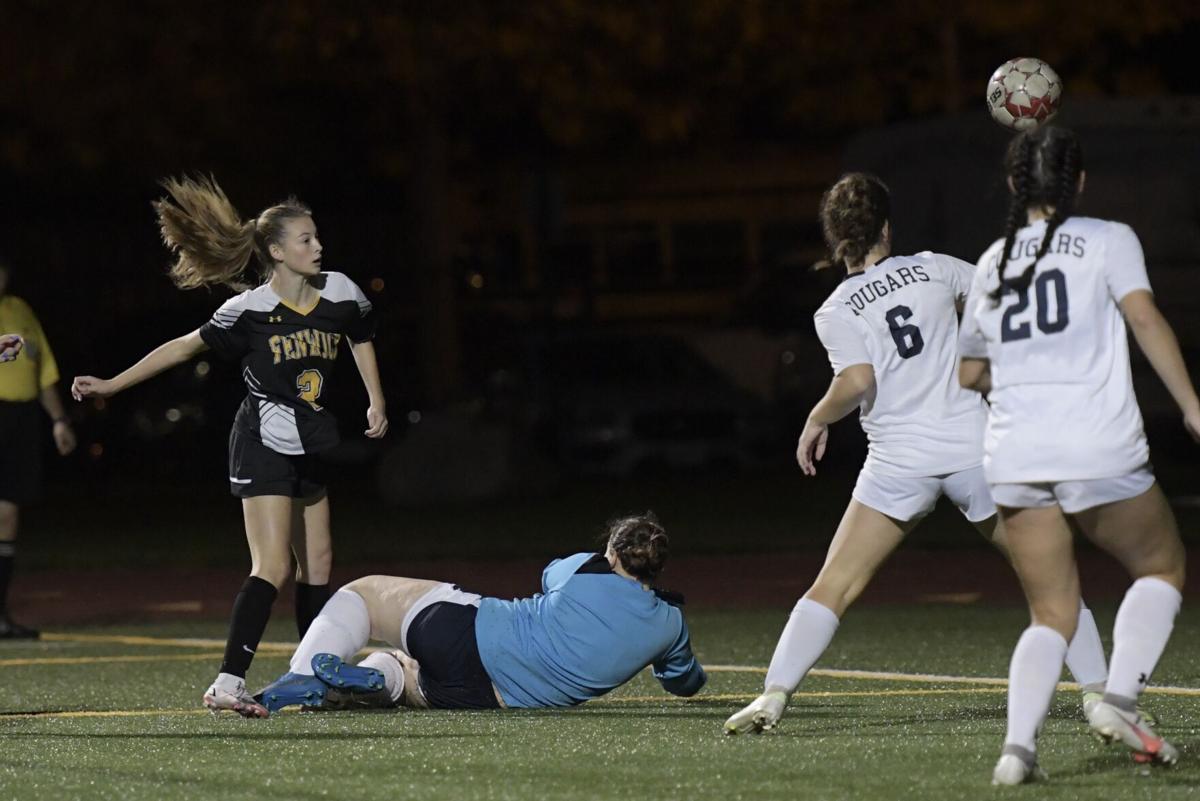 Ipswich 27, Hamilton-Wenham 28: Sophomore Will Harrington sealed the CAL title for the Tigers (4-0) by coming across just ahead of an H-W runner to seal the narrow meet win. Finn Russell clocked 19:01 in second for Ipswich, Keith Townsend was fourth and captain Paul Wertz fifth. Fellow captain Dan Buletza also ran a strong race.

Peabody 22, Beverly 33: Logan Tracia was first across the line to help the Tanners (4-1) remain in a three-way tie atop the NEC with one dual meet to go. Ryan Faletra came in third with Dylan Faletra in fourth, Josh Trelegan in sixth and Gabe Gitonga in seventh.

Junior Amelia Stacy was the top finisher for Ipswich in second (22:34) while seniors Amelia Cormier and Chloe Doonan ran well.

Masconomet 3, Beverly 0: The Chieftains ran their record to 12-0-1 as Maggie Sturgis scored her 29th and 30th goals of the season and picked up an assist. Kenzie Carey also scored, with captain Lily Conway earning an assist and Ainsley Gruener (1 save) snaring her ninth shutout.

Danvers 6, Peabody 1: Six different scorers found the back of the net for the Falcons (10-2-1), with Malana Moy, Sadie Papamechail, Abby Sher, Shea DiGilio, Ashley Clark and Lauren Auciello all cashing in. Megan McGinnity turned in a 5-save effort, and Grace Brinkley and Bobby Serino picked up assists in the win.

Pingree 3, Phillips Exeter 2: Allie Small, Annie Smith and Grace Mullaney all had goals while netminder Sadie Canelli stopped nine shots as the Highlanders (6-1-1) picked up a strong road win. Nina Husak had a pair of assists for Pingree while Caroline Lemos earned one helper.

Hamilton-Wenham 0, Amesbury 0: Maeve Clark earned her third shutout of the season with her stellar play in net to give the Generals (2-8-1) a well-earned point. Brynn McKechnie an Sophie Zerilli were standouts in the field for H-W as well.

Gloucester 2, Marblehead 1: Grace MacLean’s goal, coming off a pass from Jane O’Neil, was the only marker for the Magicians (5-5-1). LIllie Salisbury and Mia Carr both played well in the setback.

Ipswich 94, Hamilton-Wenham 88: The Tigers(7-8) captured their final match of the season as sophomore Charlie Jespen had 25 points at Myopia Hunt Club to pace his squad.

St. John’s Prep 231, Xaverian 245: The Eagles wrapped up the regular season with a sound win thanks to a 36 from Alex Landry, a 37 from Nick DeVito and a 38 from Emmet Phelan. Ian Rourke and Terry Manning added 39s while Brendan O’Holleran rounded out the scoring with a 42.

Essex Tech 165, Lowell Catholic 142: Luke Thibodeau exploded for 33 points while Alex Kesterson had 30 to help the Hawks to victory.

Masconomet 36.5, Marblehead 35.5: The Chieftains (8-4) wrapped up the regular season with a down-to-the-wire win. Tyler Feldberg carded a 37 and won his match, Tommy Sacco shot a 38 and won his match, and Anthony Cerbone also came out on top. Max DeMayo earned a draw as well.

Masconomet 3, Peabody 0: Brennan Johnston, Sam Brockelman and Ara Scarpaci had the goals for the unbeaten Chieftains (13-0), with Jason Karas picking up an assist. Kevin Pelletier was terrific in net, as were Ross O’Brien, Eion O’Brien and Zack Peterson in the back and Nate Collins up top.

For Peabody, which played much better in the second half after allowing the three goals in the first half, Nick Soper, Cam Collins and Ryan Alves all played well, while keeper Paul Drilon was solid in net.

Saugus 4, Salem 0: Defenders Isabella Cunha and Samantha Agno had strong games for the Witches, as did forward Lilana Marfongelli.

Phillips Exeter 3, Pingree 0: The Highlanders dipped to 6-2-1 against a strong opponent. Maggie Warner, Avery DePiero and Cat Watrous had strong performances for Pingree.

Beverly 3, Salem 0: The Panthers (9-3) won their fifth straight match as junior outside hitter Mya Perron had 11 kills and seven aes while fellow junior Natalie Reynolds, a middle blocker, had four kills in her team’s 25-19, 25-8, 25-11 triumph.

Peabody 3, Masconomet 0: Allison Flewelling and Sarah Broughton each had six digs to help the Tanners (10-3) punch their ticket to the D1 playoffs. Kristina Cardello had 19 digs, Abby Bettencourt handed out 20 assists with five aces, Isabel Bettencourt had eight kills with three aces and Lauryn Mandoca picked up three kills with two blocks.

Salem State 3, New England College 2: Kendy Prince scored twice and added an assist while Aaron O’Toole had a goal and an assist to help the Vikings improve to 8-5 on the season. Keepers Leith Khan and Adal Barragan each made six saves in net.