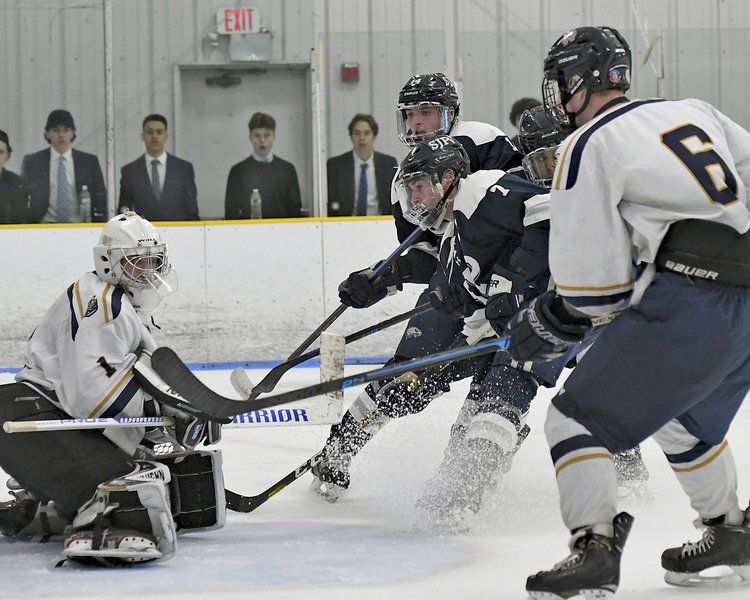 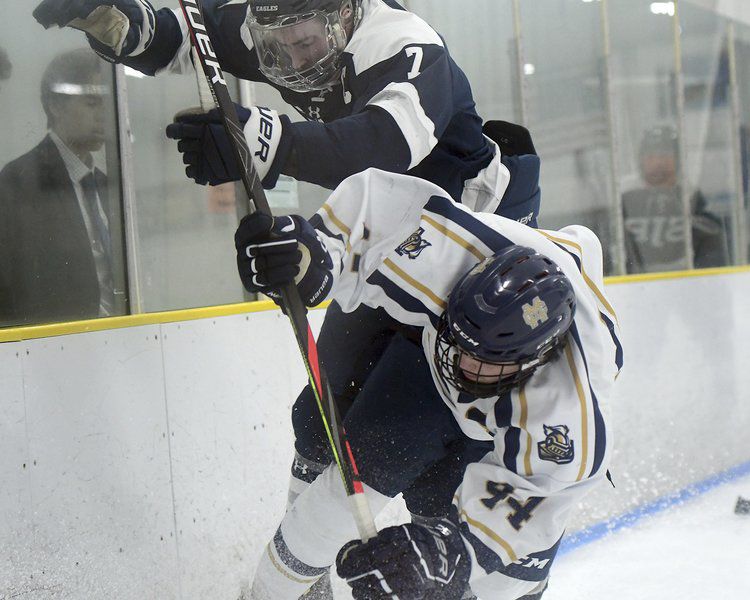 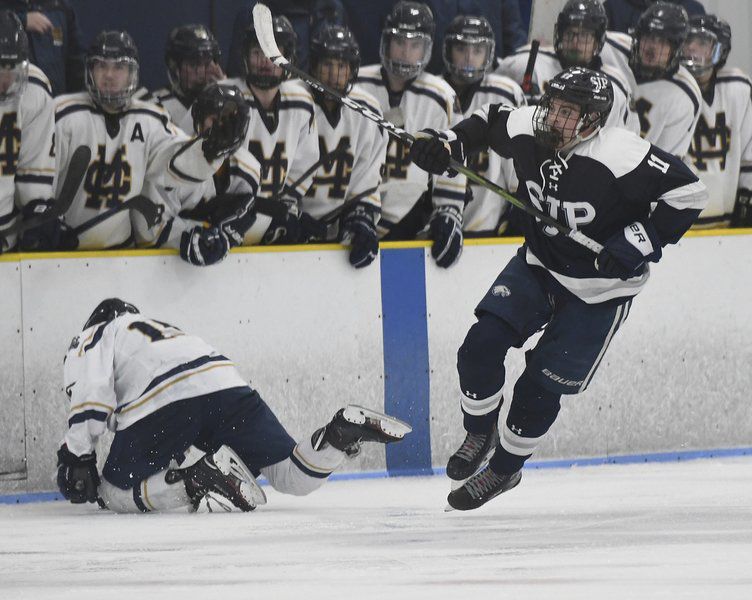 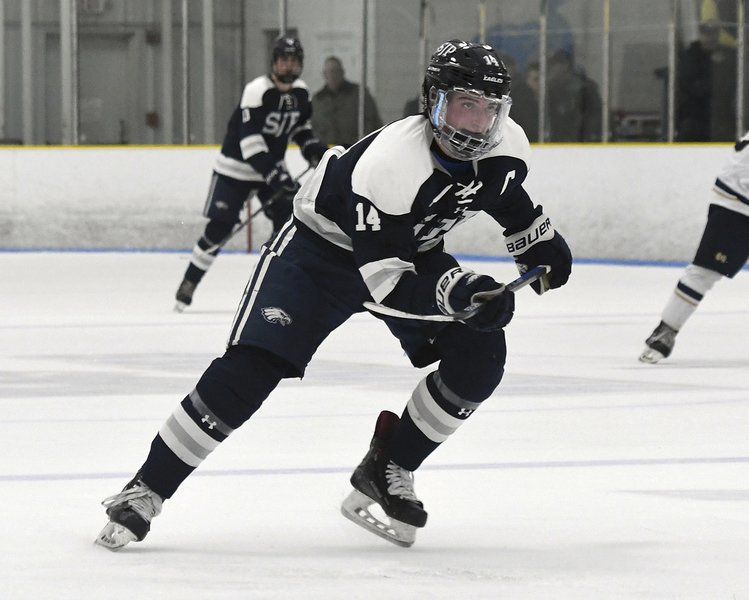 Beverly 130.6, Peabody 109.5: Sydney Spencer earned wins on floor exercises (8.75) and bars (7.75) while taking third on vault (8.45) as Beverly won handily. Keegan Richardson added a first place finish in the vault (8.9) and second on floor (8.6) for the Orange-and-Black, while Ashley McGowan earned first place honors on the balance beam (8.5). Olivia Giello (8.6 on vault), Linnea Avola (7.65 on bars) and Sarah Morey (8.3 on beam) added additional second place finishes for the Panthers, with Julie Kaszynski (7.5 on bars), Kaylee Bettencourt (8.5 on floor) and Avola (8.1 on beam) capturing third place showings.

Tanner relay wins: At the first Northeast Invitational put on by the MSTCA, Peabody’s 4x200 relay of Sadai Headley-Mawasi, Jolene Murphy, Dado Nasso and Paulina Straticos took home a gold medal with a time of 1:47.45. Murphy was also second overall in the 300 in 40.5 seconds.

Ingemi excels: Beverly sprinter India Ingemi had a day to remember at the MSTCA Northeast Invite, winning the 300 in 40.27 seconds and placing second in the dash at 7.49 seconds. Also running very well for the Panthers were Shelby DeGrenier, fourth in the 600 in 1:41, and Heidi Eberhardt, fifth in the 1,000 in 3:03. Annie Towler also came in sixth in the high jump.

Peabody shines: Fred Koffi placed third in the dash in 6.56 seconds at the MSTCA Northeast Invitational while Antonio Craveiro was the runner-up in the 600 (1:25). Jacob Farhat placed 14th in the 1000, Colby Therrien picked up 15th in the 300 and the Tanners’ 4x400 relay placed sixth.

Beverly 5, Bishop Stang 1: Jamie DuPont potted a pair of goals and Emma Thibodeau and Emma Knott had a goal and an assist each to help the Panthers improve to 4-6-1 with a dominant third period. Amanda Forzitai also scored with Tori Shea, Sadie Papamechail and Sophia MacNeil earning single assists. Maddy Delano collected the win in net with 17 saves.

Masconomet 1, Dover-Sherborn 1: Defenseman Brooke Rogers netted the lone goal for the Chieftains (6-2-1) as they settled for a tie at home. Sage Smith and Cali Caponigro assisted on the marker and goalie Molly Elmore turned aside 23 shots.

Bishop Fenwick 2, Matignon 1: Freshman Abbey Millman backhanded home the winner and also assisted on Gabby Davern’s goal to propel the Crusaders to a Saturday night win. Davern returned the favor with an assist on Millman’s goal and Grace Morey and Emma Perry earned secondary helpers. Senior captain Cailyn Wesley was outstanding in goal to earn her sixth win of the year.

St. John’s Prep 2, Malden Catholic 2: The Eagles (4-2-2) got a 6-on-4 power play goal from Zach McKennelley with one second left to earn the tie, then got the extra point in overtime by getting a goal from captain Jack Gilligan scoring 40 seconds in. Pat Moran finished with a goal and an assist while Jake DiNapoli earned a  key helper on the tying goal, knocking a loose puck out of the air and putting a shot on net, which allowed McKennelley to bounce on the rebound and bury it. Goaltender Noah Dorsey-Sorofman (17 saves) was again solid in net for St. John’s.

Essex Tech 5, Northeast 2: David Egan scored three goals, one while shorthanded, to give him a team-leading eight tallies on the year and lift the Hawks (3-3-1) to victory. Junior defenseman Matt Miller netted his first career goal while sophomore Chris Batten also ripped the twine, with seniors Jake Krajeski and Nick Lennon dishing out two assists apiece. Jonathan Daley and Evan Danjou had one helper each and goaltender Jared McLaughlin stopped 20 of 21 shots over 43 minutes to earn the W.

Hamilton-Wenham 4, Revere 0: Finn Brophy made a 12-save shutout and fellow senior captain Keegan O’Shea scored twice (once on the power play) and added an assist to send the Generals (4-3) to victory. Matt Dearborn and Jack Stewart also scored; James Horgan had three assists; and Leonard Dolan, Zack Walles and Luke McClintock had solo helpers.

Peabody 3, Saugus 3: Bryan Swaczyk, James Guiry and Andrew Phillips all had unassisted goals as the Tanners (3-6-1) fought back in the third period to earn a point. Junior netminder Lucas DeMilid finished with 20 saves.

Masconomet 4, Pentucket 1: Shane D’Agostino made nine saves to earn the win and Jason Schueler and Richard Guarino both netted shorthanded tallies to send Masconomet (6-2) to another triumph. Captains Kirby Glynn and Peyton Defeo both lit the lamp as well for Masconomet, with fellow captains Jack Corcoran and Shawn Callahan, as well as Schueler, earned single helpers.

Brookline 3, Swampscott 2: Captain Conor Donovan had both goals, giving him a team-leading 15, as the Big Blue (6-4) fell on the road to a solid Brookline team. Drew Olivieri, Tyler Seller and Ronan Locke had the assists for Swampscott, which got 32 saves in a fine outing from goalkeeper Ian Roddie.

Pingree 4, Kents Hill 2: Captain Brendan Driscoll had two goals and an assist as the Highlanders (5-9-1) won their second game in as many days. Ian Driscoll and Kyle Collins also lit the lamp while Hazen Pike, Cody Plaza, Bryce Bedard and Ian Driscoll all had single assists.

Falcons shine: Max Leete (126) and Russ Canova (182) won their weight classes at the Chelmsford Invitational with Leete being voted Outstanding Wrestler as Danvers finished 5th out of 23 teams. Chad Abboud (195) and Brendon Whalen (220) placed fourth in their classes and Evan Glynos (285) was fifth.

Also in the meet, Essex Tech competed well but fell to Swampscott/Marblehead, Lynnfield/North Reading and Gloucester while beating Salem (36-30) to go to 4-17 in duals.

Masconomet 55, Hamilton-Wenham 28: Mak Graves led all scorers with 20 points to power the Chieftains (6-1) to a resounding victory. Hamilton-Wenham fell to 4-3 with the setback.

Manhattanville 6, Salem State 0: Sarah Plourde made 17 saves for the Vikings in the one sided setback.

Middlebury 3, Endicott 0: The No. 2 ranked team in the country overwhelmed the Gulls (12-2) despite 34 saves from goalie Alyssa Peterson.

Fitchburg State 79, Salem State 61: Hakeem Animashaun had his usual double-double with 22 points and 10 boards but the Vikings (1-12) missed 12 free throws and 13 3-pointers to lose their MASCAC opener. Chris MacDonald added 13 for the Vikings, while Beverly High grad Toskany Abreu had 11 points, three rebounds and two assists for Fitchburg.

Gordon 75, Roger Williams 71: Eric Demers was nearly perfect (10-12) from the line and totaled 32 points to help the Scots (7-6) get a needed CCC victory. Aljernod Terry was big in the paint with 18 points and eight boards while Pakrer Omslaer chipped in 10 with eight boards of his own.

Fitchburg State 67, Salem State 56: Liz Zaiter of Peabody was the only Vike in double figures with 16 alongside seven rebounds as Salem State fell to 3-9 in their first conference game of the year.

Roger Williams 68, Gordon 40: Olivia Gagnon (10 points) was the only player in double digits for the Scots (8-6) while Meghan Foley had nine points and four steals.

Conn. College 5, Salem State 3: All three scores for the Vikings (2-9-2) came on the man advantage with Callum Hofford, Luke Pepin and Eamon Miller lighting the lamp.