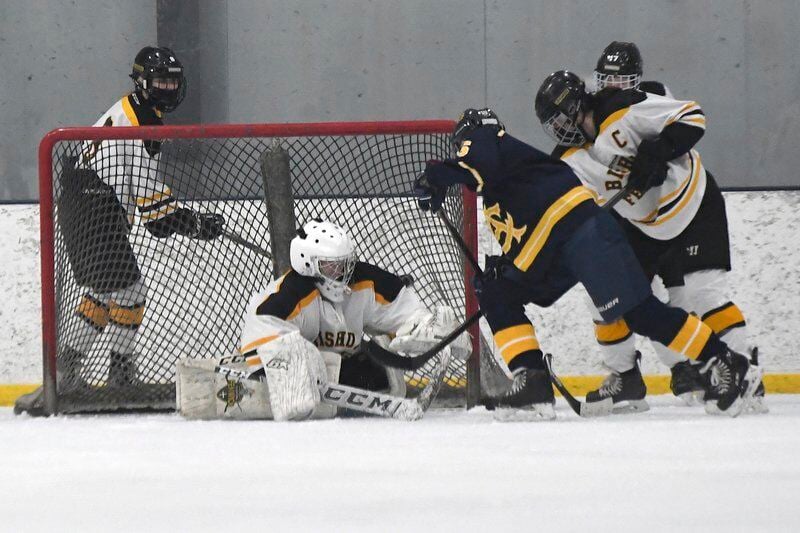 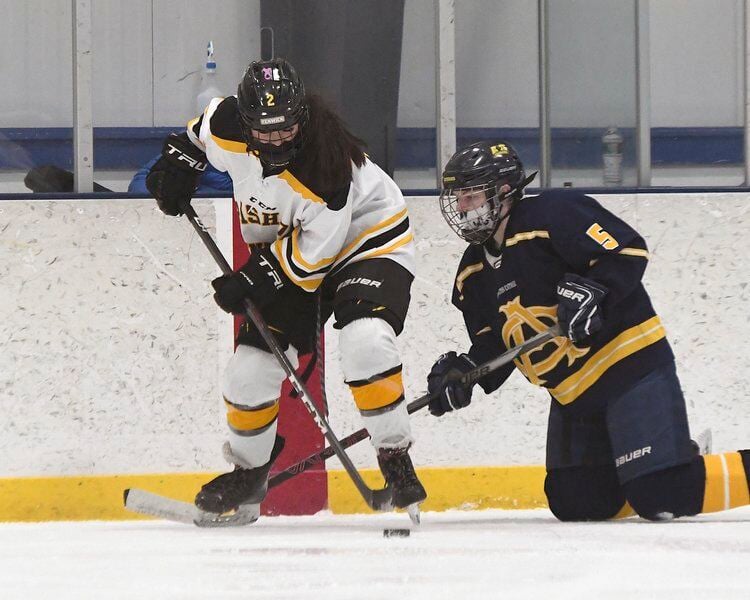 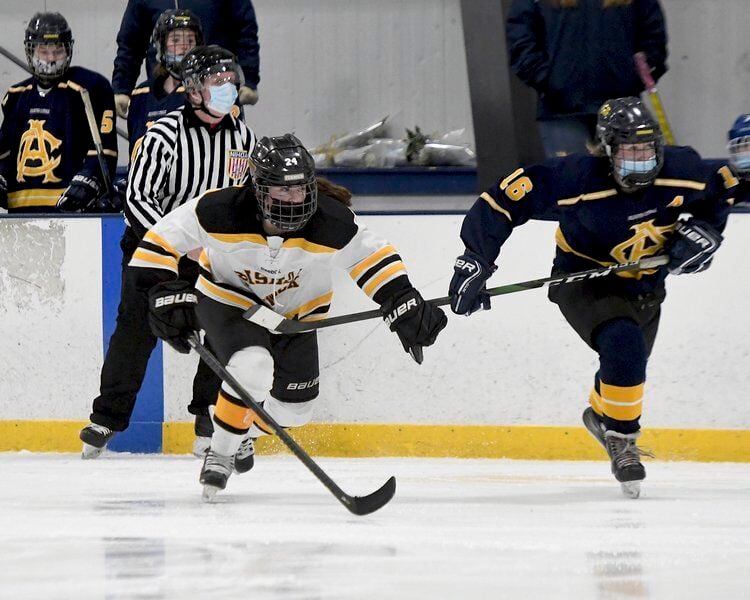 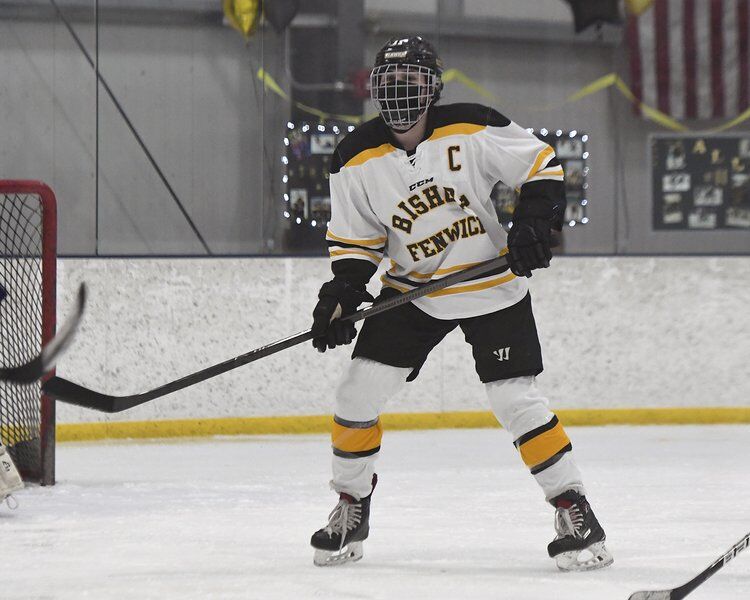 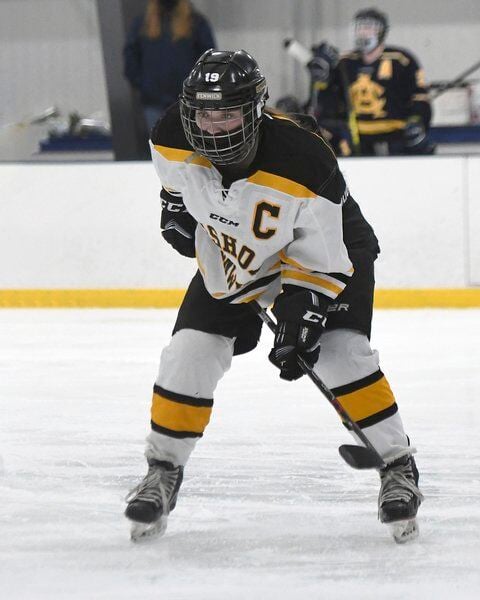 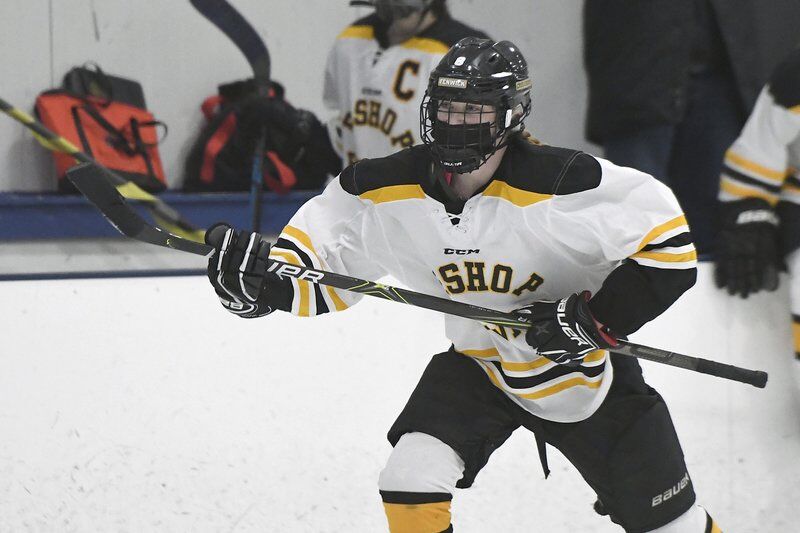 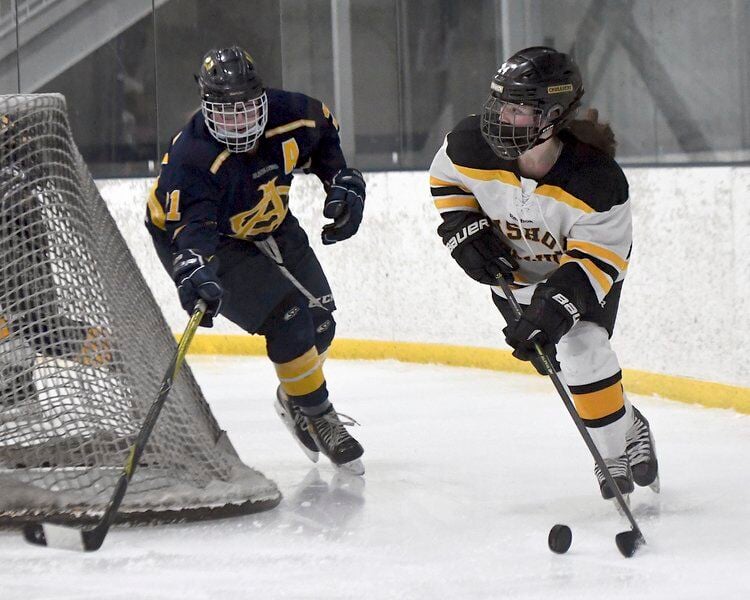 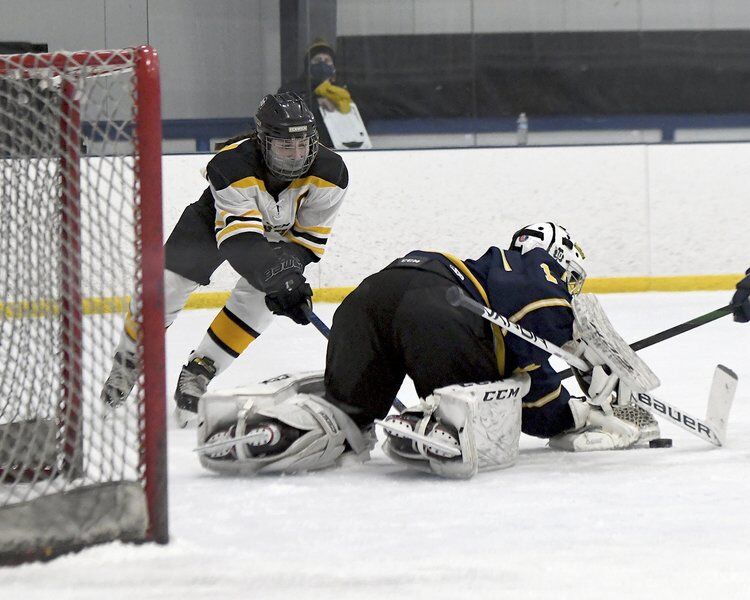 “Peyton displayed a very calm demeanor throughout the game, even when we had to kill a penalty with three minutes to go,” said Prep (now 2-2-4) head coach Kristian Hanson, who also praised the work of his defense, including Aiden Holland, Chris Dirks and Jeff Melanson. “Peyton really stepped up to the challenge and was was lights out for us.”

Danvers 3, Beverly 0: Bouncing back from a loss to the same opponent 16 hours earlier, Danvers (3-6) got a 26-save shutout from senior Isaac Tawyer and a power play goal from captain Brian Taylor, a shorthanded strike from Jake Ryan, and an empty netter from Aidan Lanphere to prevail. Brady Plaza, Tyler Robinson, Caleb White, Griffin Geraghty and Ryan all finished with single assists for the winners, which got some great clears late when Beverly was pressing to score.

The Panthers (5-5) got another strong performance between the pipes from sophomore keeper Dylan Hunter, who made 20 saves.

Peabody 4, Saugus 0: A 10-minute misconduct assessed to Saugus’ goaltender changed the game as Peabody (3-6-1) snapped a scoreless game in the third period for the victory. Senior captain Lucas DeMild made 19 saves for the shutout, with the scoring done by Matt Devin (2), assistant captain Anthony Bettencourt and junior defenseman Andrew Sousa. Assistant captain Luke Buckley added an assist, as did Sousa.

Masconomet 3, Winthrop 0: The Chieftains allowed three power play goals, including two in the final period, to squander a two-goal lead and had to settle for the road tie. Masconomet, which had six penalties called against it but never had a power play of its own, got tallies from Aaron Zenus, Chris O’Grady and A.J. Sacco and 25 saves from Lucas Canelli. Nick McMillan finished with two assists and teammates Ben Cohen, Michael Bevilacqua, A.J. Sacco and Tommy Sacco had one apiece.

Pingree 6, BB&N 1: In just its second game of the season, freshman Ryan Kavanaugh had his first two career goals while teammate Michael Lynch, a junior, also tallied twice (including a SHG) as the Highlanders (1-1) won going away. Goaltender Cam Brown of Marblehead stopped 23 of 24 shots for the win, with captains Sam Murray and Hazen Pike both contributing a goal and an assist. Danvers’ Cody Plaza, Ipswich’s Quinn Moses and Bryce Bedard all had two assists in the victory, while teammates Jake McGonagle, Joey Silverio and Kyle Collins all had solo helpers.

Peabody 6, Gloucester 0: Audrey Buckley posted her first career shutout in net and the Tanners (8-1) won their sixth in a row. Senior winger Paige Thibedeau netted a pair of goals while Hannah Gromko had a goal and an assist and seniors Jen Flynn and Chloe Shapleigh had two helpers each. Chloe Considine and Lily Piscatelli also lit the lamp for the winners with assists going to Jenna DiNapoli, Caroline Burton and Catherine Sweeney.

Medford 4, Masconomet 2: A power play goal from Bella Flinn made it a one goal game but Medford tagged on an empty netter to send the Chieftains to 2-9-1. McKenna Dockery scored for Masco while Gabi Oakes had two helpers and Bella Cahill and Maddie Kenney had one assist each. Freshman MacKenzie Cronin made 21 saves in a solid effort.

Essex Tech 133.45, Marblehead 126.55: Senior Taylor Howard had a terrific showing by scoring a 9.0 on vault, 9.1 on beam and 8.7 on floor as the Hawks scored a season high in points during their victory. Fellow senior Taylor Fiore also shined on the vault with a score of 9.1. Sophomore Mia Finn picked up an 8.75 on floor exercises, and junior Alyssa Billert turned in a solid 8.3 on the uneven bars.

Masconomet 145.20, Beverly 134.45: Freshman Bella Misiura won the uneven bars (9.45), balance beam (9.7) and floor exercises (9.5) to send the unbeaten Chieftains to another victory. Senior captain Gracy Mowers added a first place showing on vault (9.8) while taking second on both beam (9.5) and floor (9.45), while her younger sister Greta Mowers placed second on vault (9.2), third on vault (9.1) and fourth on floor (8.6). Bella Marques (9.0), Alexa Budrow (8.45) and Mya Champlain (8.05) finished second, third and fourth, respectively on bars while Sarah Alywin was third on vault (9.2) and teammates Brooklyn Odoardi and Sami Trembly tied for fourth with 8.6. Emma Quirk factored into the scoring by taking third on floor exercises (8.6) and Marques added a fourth place finish on beam (9.0).

Peabody 53, Essex Tech 30: The Tanners moved to 6-3 on the year thanks to 16 points apiece from Drew Lucas and freshman Anthony Forte. Colin Berube added six points in the win.

Salem 51, Winthrop 33: Bobby Jellison (12 points, 7 rebounds, 6 assists and 4 steals) had an all-around strong game to help the Witches improve to 9-2 on the year. Jorge Guerrero also reached double figures in the scoring column, posting 11 points with five rebounds and a block, while Jayzel Pena (4 points) turned in a great effort off the bench for Salem.

Danvers 57, Masconomet 46: Junior guard Jared Berry continued his torrid scoring stretch this winter for the Falcons (now 4-6), pouring in a game-high 32 points as his team took a one-point lead into the fourth quarter before pulling away. Masconomet was led by Harry Osgood with 14 points.

St. Joseph’s Prep 70, Salem Academy 63: For the second straight contest, the Navigators went to overtime by were outscored, 8-1, in the extra session.

St. Joseph’s Prep 38, Salem Academy 36: Sophomore captain Cindy Shehu, the North Shore’s leading scorer, had a season high 29 points to power the Navigators offensively. A furious fourth quarter comeback almost came to fruition for the locals before a 3-pointer at the buzzer fell just off the rim.

Beverly 93, Peabody 78: The Panthers garnered several 1-2 and 1-2-3 sweeps en route to victory, the first of which was in the 200 freestyle with freshman Zach DaSilva-Grodin finishing first and junior Sierra Sadoski claiming second. In addition, Ryan McFadden and Hannah McCarthy took 1-2 in the 200 IM; Andriy Krut and Eli Younger took first and second in the 50 free; Krut, DaSilva-Grodin and Kevin Kelsey swept the 100 freestyle; and McFadden, Raegan Redmond and Callie Martico went 1-2-3 in the 100 butterfly. Other individual winners included McFadden in the 200 IM, McCarthy in the 500 free, Sadoski in the 100 back and Kelsey in the 100 breast. Meredith Luther was second in the one meter diving and the Panthers took first in all three relays.